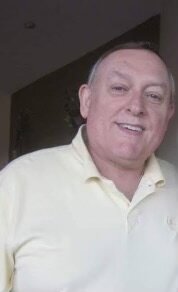 Craig O. Crumbacher, 76, passed away on December 6, 2022, in Sarasota, FL. He was born on March 1, 1946, in Cleveland, OH to Frederick and Nathalie (Owens) Crumbacher. Craig graduated from Shaw High School in 1964 and attended Kent State University before joining the Air Force. He was in the Air Force for 4 years and worked as military police for SAC. After his military time, Craig relocated to Sarasota, FL and worked for the Sarasota Herald Tribune until retirement as Journeyman Pressman in 1997. He married his loving wife of 38 years Lois Anderson Donelan in 1984.

Craig was a member of the Knights of Columbus Chapter 7052 and Epiphany Cathedral Catholic Church. He had a great love of music and his family shared that if he didn’t go into the newspaper business, he should have been a DJ and radio host. Craig also enjoyed cooking and grilling for his family and photography with his wife Lois.

He is predeceased by his parents Frederick and Nathalie Crumbacher and stepson Brian Donelan.

In lieu of flowers, please donate to St. Jude’s Children Hospital or Shriner’s Hospital for Children.

Share Your Memory of
Craig
Upload Your Memory View All Memories
Be the first to upload a memory!
Share A Memory