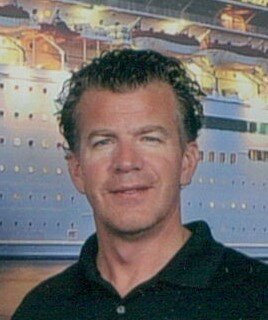 Shawn Michael Urbanski, age 49, of Nashville, Tennessee passed away on November 20, 2022. He was born on December 11, 1972, in Ann Arbor, Michigan to Kenneth & Gretchen Urbanski. Shawn was preceded in death by his grandparents: Zygmunt & Clara Urbanski and Owen & Fern Lynch. Shawn is survived by his father, Kenneth Urbanski, his mother, Gretchen Urbanski, and his brother, Douglas Urbanski.

Shawn was a 1991 graduate of Hartland High School in Hartland, Michigan and a graduate of Michigan State University with an accounting and finance major. After graduation Shawn moved to warmer weather working for medical companies in Florida and Louisiana. He then accepted a controller’s position at Herbst Corporation, a $300 million privately owned oil company headquartered in Las Vegas. Shawn was there for 14 years.

Seven years ago, Shawn moved to Nashville, Tennessee. He accepted a position as regional controller of Five Star Vending Company, a privately owned company which is also one of the largest vending companies in the U.S.

Shawn loved the job, enjoyed working with the people at Five Star, and truly enjoyed his new home in Nashville. He purchased a condo in one of the oldest buildings in downtown Nashville and spent over a year renovating it. Shawn loved to golf, he enjoyed distance bicycling, he enjoyed concerts, and attending pro football games and tailgating. He also liked traveling to national parks and being in nature. Shawn had a very dry sense of humor, and many would say “That’s Shawn being Shawn,”

He will be greatly missed by family and friends but will always be remembered.

A memorial mass will be held for Shawn at 10 a.m. on January 13 at Epiphany Cathedral in Venice, Florida. In February there will also be a celebration of life gathering. This will be in Michigan at a date to be determined.

To send flowers to the family or plant a tree in memory of Shawn Urbanski, please visit Tribute Store
Friday
13
January

Share Your Memory of
Shawn
Upload Your Memory View All Memories
Be the first to upload a memory!
Share A Memory
Send Flowers