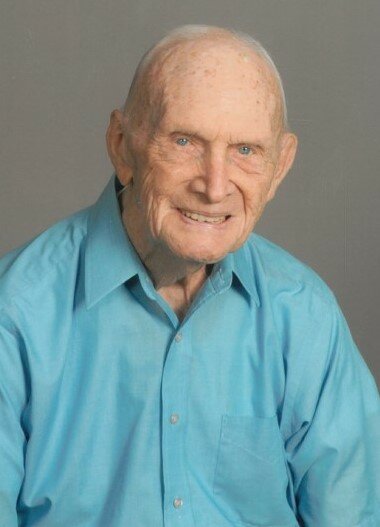 George J. Ryan of Venice, Florida, formerly of Shelton, CT for 60 years, passed away peacefully at the age of 98 on October 2, 2022 with his loving family by his side.

He was a devoted husband to his loving wife, Beatric H. Ryan of  74 ½ years. They met at Shelton High School where she was a cheerleader and he a football player.

George was born in New Haven, CT where he was raised by his parents, Francis C. Ryan and Mary Wasilowich Ryan Sucay. George was preceded in death by his beautiful daughter, Patricia Ryan: sisters, Mary Lou Anderson, Gerri DeMarco and brother, Francis Ryan.

George attended Hillhouse High School in New Haven and graduated from Shelton High School. He was a veteran of the U.S. Army and served with the 420 Ordinance Company in the European Theatre of Operations S/Sgt. He was a member of the Little Elephant Club and the Board of Apportionment & Taxation. He was employed by the National Credit System as Treasurer and GM for 18 years. He joined Curtiss-Bros Lincoln Mercury as GM and then purchased it in 1971 when they retired. The Honda franchise was added, and it became Curtiss Ryan Honda in 1973.

He was also very involved in the community. He served as chairman of the lower Naugatuck Valley Chamber of Commerce and Vice Chairman of the Better Business Bureau of Southwestern Connecticut. He was also President of the lower Naugatuck Valley Council on drug and alcohol abuse and fundraising for the United Way. He was on the Board of Directors of the Valley substance abuse action Council, trustee of Hewitt Memorial Hospital, coordinator of Griffin Hospital and as a director of Shelton housing partnership. He also served on the Board of Directors of the Shelton Economic Development Corporation and on the Shelton Senior Citizen Commission.

George was active in the United Way Drive and organized radio fundraisers from Curtiss Ryan showroom in conjunction with WADS radio station. He was also a member of the Bridgeport Catholic family advisory board and was elected a member of the Presidents Club of Sacred Heart University. He was appointed special deputy of Fairfield County.

George was given many awards for community service. Among them were the Shelton Jaycees distinguished service award, Valleys Chief of Police Association for extraordinary service to the valley street crime unit, the Valley Chamber of Commerce gold seal award, Shelton’s 2000 millennium award, the State of Connecticut general assembly citation and the congressional community service from Sacred Heart University for assistance in establishing a campus in the valley.  His family was so proud that he was named “Time Magazine quality dealer of the year” and received an award for distinguished service to the automobile industry and the community.

He and his wife “Bea” raised their family in Fairfield, CT on Lake Hills. George was a first president of the Lake Hills Association in their section. George loved to travel with his wife. They were given many opportunities for business trips and conventions to see the world. He also enjoyed family vacations. Too many Disney World vacations to count with every generation. George adored his family and never stopped showing them with his humble teachings and his generous grace.

George was an avid reader and never wanted to stop learning. His children say he was the smartest man they ever knew. He loved to play golf and was on the senior league at the Orchard Gold Course. His business, Curtiss Ryan Honda sponsored many golf tournaments to help raise money for charitable organizations. George and his wife loved to dance. They attended many outdoor concerts and functions and were always the first ones on the dance floor. George was a devoted Catholic and was a proud member of St. Lawrence Church in Shelton, CT and the Epiphany Cathedral Catholic Church in Venice, FL. George was a member of the American Legion, VFW and the Elks Club. He sponsors the” Family Foundation Scholarship Fund” in the Valley. Anyone who met George tells his family he was one of the nicest people they ever knew. So compassionate, kind and fair.

He was a loving husband, father, grandfather, brother, uncle and friend. He will be truly missed. May his memory be a blessing to all who knew him.

In lieu of flowers, memorial donations can be made to the Valley Community Foundation in memory of the George & Beatrice Scholarship Fund, 253-A Elizabeth Street, Derby, CT 06418.

A viewing will be held from 2:00PM-3:00PM on Saturday, October 8, 2022 at Farley Funeral Home in Venice.  A service with military honors will be held at Sarasota National Cemetery at a later date.  A message of condolence may be sent by visiting www.farleyfuneralhome.com.

To send flowers to the family or plant a tree in memory of George Ryan, please visit Tribute Store
Saturday
8
October

Share Your Memory of
George
Upload Your Memory View All Memories
Be the first to upload a memory!
Share A Memory
Send Flowers