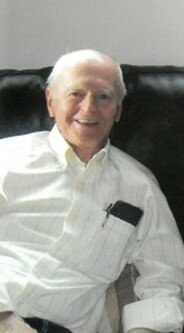 Robert passed away on June 1, 2022 in Venice, Florida into the loving arms of God. He was born on February 14, 1932 in Tulsa, Oklahoma to L.P. and Chloe Jepsen. Graduated Will Rogers in 1950. Served in the Navy during the Korean War. Graduated Sacramento State University. He is survived by his wife, Myrna of 66 years of marriage; a son, Larry (Mary) of Colorado; a daughter, Shari (Bill) Henderson of Florida; grandson, Robert (Angie) of Belgium and three great grandchildren. Robert also leaves behind a brother, Richard (Patsy) of Colorado and a sister, Sarah Mareburger of Florida.

A funeral service will be held at Farley Funeral Home in Venice on Tuesday, June 21, 2022 at 12:00PM with a graveside service with honors to follow at 2:00PM at Sarasota National Cemetery.  In lieu of flowers, donations may be made to Samaritan’s Purse, P.O. Box 3000, Boone, NC 28607 or online at www.samaritanspurse.org.

Share Your Memory of
Robert
Upload Your Memory View All Memories
Be the first to upload a memory!
Share A Memory