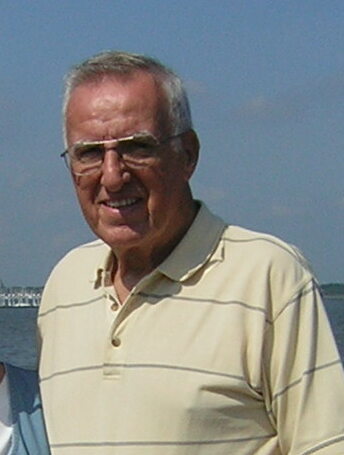 “Sonny”, as he was known in those days, attended Drury High School in North Adams where he was a three-sport varsity letterman.  After graduation, Al enlisted in the US Navy during the Korean War where he attained the rank of Petty Officer 2nd class. He married the love of his life, Marie C. (Grande) Roy in 1954. Leaving the service a year later, enrolled at the University of Massachusetts. Al graduated from UMASS with a BS degree in Physics and joined Sprague Electric Company in North Adams Mass, and then Concord, NH. While at Sprague, Al continued his formal education and earned a master’s degree in Engineering Management from Rensselaer Polytechnic Institute in New York.

In 1968, Al moved his family to Essex Junction, Vermont working now for International Business Machines as an engineer.  He moved up the ranks at IBM, to become a Senior Engineer and 2nd Level Manager to his eventual retirement after almost 25 years. Al was known as an Old School IBM Manager, well regarded for his technical ability but respected as an honest, fair and straight up boss.

After IBM, Al continued his education so he could achieve a long-time goal of becoming a teacher.  He attended St Michaels College where he earned a Vermont Teaching Certification.  He proceeded to work as a contracted instructor for IBM and substitute teacher for Essex Junction High School until retiring to Venice Florida.

He was a proud USN veteran, a Grand Knight of the Knights of Columbus, and a parishioner at Our Lady of Lourdes in Venice.  He was an avid Boston Red Sox, Tampa Bay Rays, and Notre Dame Football fan.

Al leaves his wife of 67 years, Marie; three sons, Bruce and his wife Cindy of Williston, VT, Thomas and his wife Robin of Charlotte, NC, and Christopher of Emerald Isle, NC; and a brother, William of Venice, FL.

Memorial services will be determined by the family at a later date.  In lieu of flowers, donations may be made in Al’s memory to St Jude Children’s Research Hospital, Memphis, TN.

To send flowers to the family or plant a tree in memory of Alfred Roy, please visit Tribute Store

Share Your Memory of
Alfred
Upload Your Memory View All Memories
Be the first to upload a memory!
Share A Memory
Send Flowers