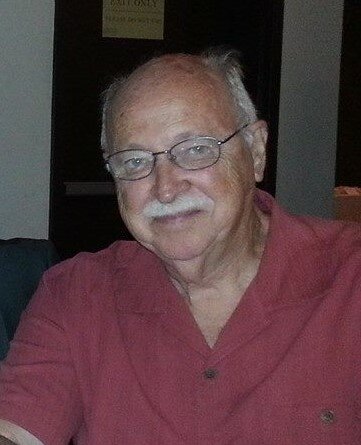 John was born August 16, 1940 in Chicago, Illinois to John Henson and Omie Mae (Johnson) Naylor. After growing up in Berwyn, Illinois, he attended Illinois Wesleyan University in Bloomington, Illinois where he was President of Alpha Deuteron Chapter Phi Gamma Delta. While playing bridge at Wesleyan’s Dugout, he met his future wife, Donna Jean Johnson, and they were married in 1965. John earned his Juris Doctorate from Northwestern Law School in 1966 and shortly thereafter, he began practicing law in Bloomington.

As a member of the Bloomington-Normal community, John’s interests were varied. He was a fixture at the Bloomington Club’s daily lunchtime bridge game; despite having grown up a city kid from Berwyn, he presided over a 10 acre farm with a sizeable vegetable garden he actively tended; he enjoyed quality time at Arlington and Hawthorn racetracks in the Chicago area, and was very happy when Bloomington welcomed off track betting to town. He was an avid fantasy football “player” and his participation in the CII East Lounge Fantasy league lasted well beyond his retirement from law and his move out of state. His wit and unique views snagged him a gig as an on-air guest commentator for Bloomington’s WJBC-AM’s “divergent points of view.” And he acted as board president for the Home Sweet Home Mission in the late 90’s.

In 2004, after nearly 40 years of practicing law, John retired and he and Donna moved to Venice, Florida. John maintained a lanai full of orchids and he vowed to never wear socks again. He also remained an active volunteer both in the Methodist church community and at Venice-based Agape Flights, who transport humanitarian aid to Haiti, the Dominican Republic and the Bahamas. Should you wish to honor John with a memorial donation, in lieu of flowers, please consider supporting Agape Flights, 100 Airport Ave E, Venice, FL 34285.

To send flowers to the family or plant a tree in memory of John Naylor, please visit Tribute Store
Wednesday
20
April