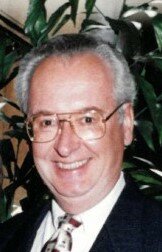 Frederic Allan Norton died peacefully in his sleep on March 28, 2022, with loved ones by his side.

Fred was born on July 11, 1938 in Newport, VT and was raised in St. Albans, VT. He was an avid skier and enjoyed playing trombone in his high school jazz band. He graduated from Bellows Free Academy in 1956. He attended University of Vermont and majored in Business Administration. He was a member of the Sigma Phi Epsilon fraternity, a jazz band, and ROTC Military Studies and graduated in 1960.

Fred married his college sweetheart Joan Bosio in 1960. He was a First Lt. stationed in the midwest and also on a Nike missile base during the Bay of Pigs. He resigned his commission in 1966.

He and Joan raised a beautiful family of three children in Medfield, Massachusetts.

Fred enjoyed a successful career as a business systems manager and worked for several years for Digital Equipment Corp in Massachusetts. He received his MBA from Babson College in 1981.

Sadly, widowed in 1996, he retired to Mashpee, Cape Cod where he enjoyed golfing and many volunteer nature activities, learned to kayak, and took painting lessons.

In 2005 he and Claire Gilpatric were married aboard a Princess cruise. They bought a home in Pelican Pointe, Venice, Florida and loved the community and surrounding area. Fred enjoyed managing a men’s golf league and made many friends. He and Claire took several wonderful trips throughout Europe. They also visited many US National Parks and enjoyed the Balloon Festival in New Mexico with special friends.

Fred continued his lifelong love of jazz music and looked forward to the annual Sarasota Jazz Club cruises. He also enjoyed the fun dinners with his “Manhattan Club” group and many events at Pelican Pointe.

Fred is survived by his wife, Claire; his three beloved children, Jeffrey of Eustis Fl, Brian, and his wife Jill of Simi Valley, California, and Karen Norton of Norwood, Mass; his grandchildren, whom he adored, Sam and Cate, of Simi Valley and his brother, Bob of Conway, SC.

Fred cherished his family and was so proud of his children. He loved his country, his jazz music, summers on Cape Cod, the Red Sox, his golf buddies, and wonderful friends. He said many times he felt truly blessed. He was very much loved and appreciated and will live in our hearts forever.  Memorial donations may be made to the American Cancer Society.

To send flowers to the family or plant a tree in memory of Frederic Norton, please visit Tribute Store

Share Your Memory of
Frederic
Upload Your Memory View All Memories
Be the first to upload a memory!
Share A Memory
Send Flowers