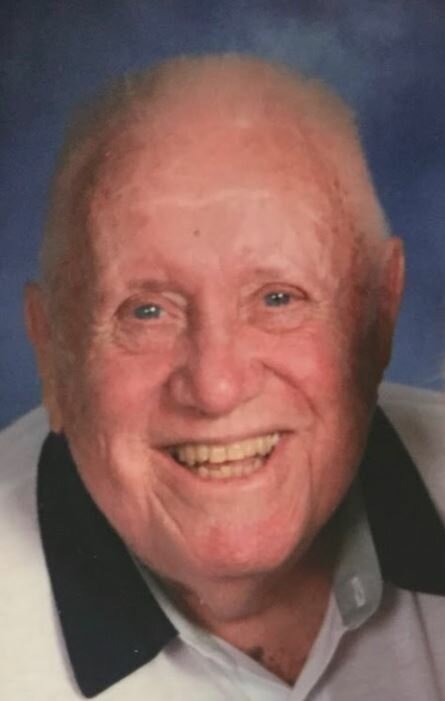 Wilbert S. Hoffman (90) of North Port Florida passed away on January 22, 2023. Wilbert, fondly known as “Hoppy” was born to Silas and Alice Hoffman on October 9, 1932. He spent his life as a Methodist pastor throughout Southern NJ and Southwest Florida with his main objective to evangelize and tell people about the Lord. Wilbert is survived by his wife Donnabelle and their four children, Michelle Craker (Dennis) Anderson SC, Stephen (Sandra) Pittsgrove NJ, Timothy, Louisville, KY and Melody Hamilton (David), Versailles, KY…eleven grandchildren, Stephanie, Heather, Jennifer, Ashley, Joshua, Andrew, Nathaniel, Timothy (Cole), Bonnie, Evelyn, Lillian and fifteen great grandchildren, Emmett, Ava, Jayce, Elisha (Zeke), Clara, Aiden, Hope, Levi, Jacob, Lillian, Abigail, Elijah, Judah, Luke and Noah. Wilbert grew up in Port Norris NJ where he later became an oysterman working for his father until he owned his own boat “The Patience” and continued working as an oysterman until the Lord called him into the ministry. He graduated from Asbury College and went to Asbury Seminary where he began his ministry in Fintville KY and Salem Methodist church. He joined the South Jersey Methodist Conference and pastored at the United Methodists churches at Millville, Westville, Audubon, Williamstown, Cape May Court House and back to Millville. He spent 36 years in the ministry and continued preaching even after retiring. Wilbert’s family will host a memorial service on Saturday, January 28, 2023 at 11:00am. The service will be at Christ Venice church in Venice, FL located at 1475 Center Road in Venice, FL. There will be a small reception at the church following the service. In lieu of flowers, memorial gifts can be made to The Foundation for Evangelism online at https://foundationforevangelism.org/giveinmemory or by mail to The Foundation for Evangelism, P.O. Box 985, Lake Junaluska, N.C. 28745…or to missions at Christ Venice Church.

To send flowers to the family or plant a tree in memory of Wilbert Hoffman, please visit Tribute Store
Saturday
28
January

Share Your Memory of
Wilbert
Upload Your Memory View All Memories
Be the first to upload a memory!
Share A Memory
Send Flowers