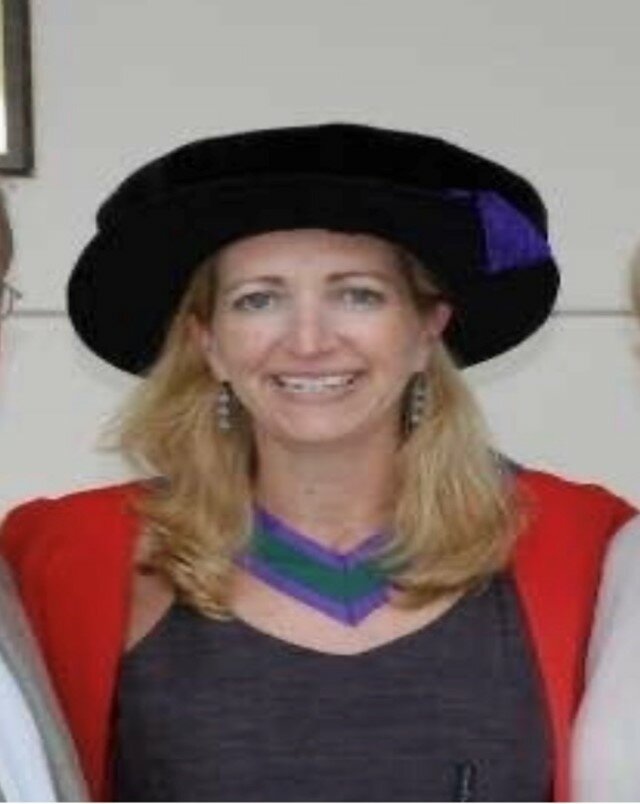 Obituary of Megan A. Fairlie

It is with profound sadness that we announce the passing of Dr. Megan Aileen Fairlie of Weston, Florida after a courageous battle with cancer.  Dr. Fairlie, the daughter of Brian and Gail Fairlie of Venice, Florida, was born and raised on Staten Island and was a graduate of Notre Dame Academy and the State University at Albany.  She received her J. D. at Washington and Lee University in Virginia and both her LLM in International Peace Support Operations and Ph.D. in Human Rights Law from the National University of Ireland, Galway. At the time of her death, she was a tenured Professor of Law at Florida International University. Dr. Fairlie was a citizen of the world, lecturing at the Irish Centre for Human Rights, the Amsterdam Centre for International Law and the Hague, and she had amassed a small army of friends and colleagues around the globe.

However, our Meg was still very much the girl she always had been.  Although fiercely independent, Meg called her mom every day. She swam daily, the way she learned at Hillside Swim Club, danced a somewhat dangerous Irish jig, and still listened to the Smiths and other music once found on the Choir Loft juke box. Meg told great stories filled with an eclectic array of accents and colloquialisms from the many places she lived.  She had both a confident and commanding vocabulary, and an outrageous laugh.

In addition to her devoted parents, Meg is survived by her “raison d’etre” daughters Aileen and Maca Fairlie Herman, her husband, Matthew Herman, her sisters: Kristi (Tim) Geddis and Heather (Devin) Reilly, her nephews: Timothy and Toby Geddis, Devin and Kailan Reilly, and her nieces: Faeryn and Clodagh Reilly.  Meg is the granddaughter of John (Monona Rossol) Fairlie Sr., and the daughter-in-law of Art Herman and Betty Herman Turner.  She was predeceased by her maternal grandparents, Gerard and June Daggett, her maternal grandmother Mary Fairlie, and a sister-in-law, Lori Herman.

Megan will be forever loved and remembered by her many aunts, uncles and cousins from her amazing Fairlie and Daggett family.  She will be sorely missed by her lifelong friends:  Karen & her husband JP, Gail, Justine, Michael, Bridget, Barbara, Michelle, Meagan and TJ.

A former prosecutor and formidable opponent, our Meg did not go gentle into that good night.  She raged endlessly against this disease.  Meg tried everything, including conventional treatments and multiple clinical trials.  She embraced a plant-based diet, swam, ran, and looked toward holistic treatments. Her family would like to thank Dr. Jeremy Jones of the Mayo Clinic in Jacksonville for matching Meg’s determination.  We extend a special thank you to Megan’s friends and colleagues at the Florida International University School of Law for their endless support during her illness.

Megan was eternally grateful to her “Mommy and Daddy” and it was her sincerest wish to provide her girls the same opportunities her parents gave to her: to pursue their passions, find their bliss and live life on their own terms.  For all of those who wish to honor Meg, a fundraiser has been established for the benefit of Aileen and Maca Fairlie Herman. https://www.gofundme.com/the-daughters-of-megan-fairlie

Services were private at the convenience of the family.  A celebration of life will be held at a later date.

Share Your Memory of
Megan
Upload Your Memory View All Memories
Be the first to upload a memory!
Share A Memory