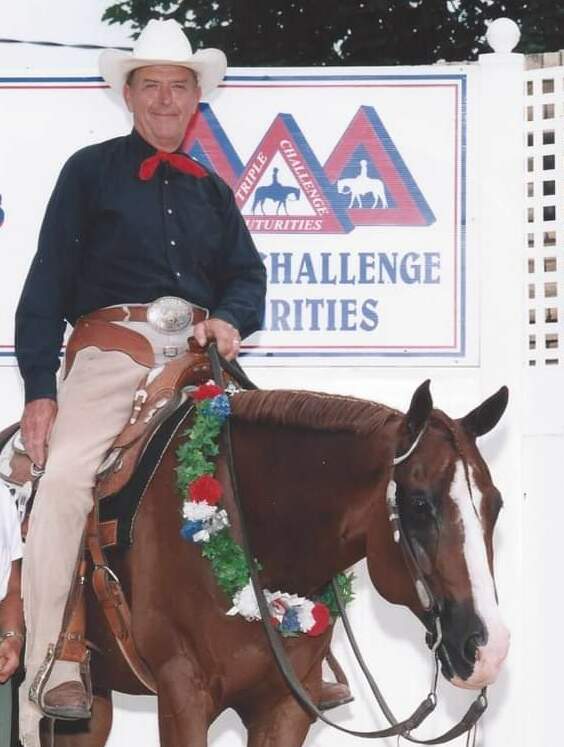 Jack Elwood Christensen age 82 of Venice, FL peacefully joined his lord and savior on December 12th, 2022, surrounded by his family. Jack was born June 24th, 1940, to Stuart and Margaret Christensen in Grand Rapids MI. Jack was a graduate of Caledonia High School and a lifelong resident of Caledonia. He enjoyed working his farm and raising Quarter horses with his family. Jack retired from the Kent County Sheriff’s Department as a Captain in the detective bureau following 40 years of service. After retirement, Jack spent his winters in Florida and summers in Caledonia.

Jack enjoyed showing American Quarter horses and earned numerous national awards. However, Jack is known and remembered for his great life stories, wisdom, and his ability to fix almost anything. His faith and belief in Christ allowed him to always maintain a positive and balanced attitude in life. Jack was always a favorite with most people during his horse showing because of his wonderful attitude. Jack is quoted in the January 1999 edition of the American Quarter Horse Journal

“As for his attitude in the show pen, Jack says, “People would come out of the show pen moping because they didn’t win, or the horse did something wrong. I’m sorry, but I can’t get to upset about this stuff. I have seen things that are really bad, and this isn’t bad. Bad is when it can’t get any better. You always have tomorrow at the horse show.”

Jack is preceded in death by his parents Stuart and Margaret Christensen and brother Roger Christensen.

To send flowers to the family or plant a tree in memory of Jack Christensen, please visit Tribute Store
Tuesday
27
December

Share Your Memory of
Jack
Upload Your Memory View All Memories
Be the first to upload a memory!
Share A Memory
Send Flowers