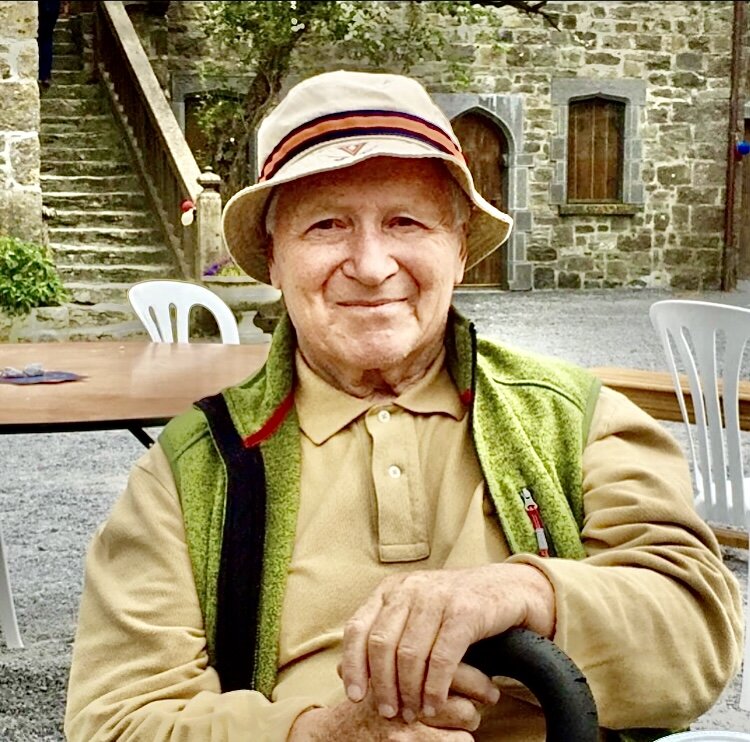 Michael J. “Sonny” Fallon passed away peacefully, surrounded by his loving family, on November 30, 2022 in Venice, Florida USA.  He was born on April 30, 1932 at Deerpark Lodge, Monard, Turloughmore, Co. Galway, Ireland and grew up on the family farm with nine brothers and sisters and many happy memories ranging from working the fields to building stone walls and raising sheep.

He earned his undergraduate degree in civil engineering from Galway University after which he moved to Manchester, England where he met and married Mary P. “Maureen” (née Luby). Together, they raised a family  while traveling between England, Nigeria and Canada, eventually settling in the United States in Tarrytown, NY to work at General Foods. He earned his Masters of Science in Engineering at New York University and worked as a civil engineer until he was 80 years-old with his last project being a state-of-the-art water treatment facility for the New York City Department of Environmental Protection.

Sonny was a kind and simple man who placed great value on family and was always up for an adventure, with a twinkle in his eye. In his youth, he was an accomplished hurler for the Turloughmore GAA club and in his later years became a skilled tennis player and golfer although he found equal enjoyment simply hitting golf balls in the backyard or practicing putting in the living room on a rainy Saturday afternoon. One of his proudest moments was becoming an American citizen in 1974 after which he went on to become involved in local politics in Tarrytown, NY. Throughout his life, his love of Ireland and family never wavered, inspiring him to build a house on the farm in Galway to welcome one and all. On his annual visits back to Ireland, he enjoyed nothing more than a trip to the bog for a day of bagging turf to a full house of family and friends that inevitably led to music and dancing in the kitchen. The legacy of his generous spirit and wisdom will live on forever in our hearts.

Sonny is predeceased by his parents Michael and Winifred (née Grealish), and by his brothers John, Paddy and Tom and sister Julia Mae and since deceased by Annie who passed away three days after Sonny.

May He Rest in Peace

To send flowers to the family or plant a tree in memory of Michael Fallon, please visit Tribute Store

Share Your Memory of
Michael
Upload Your Memory View All Memories
Be the first to upload a memory!
Share A Memory
Send Flowers