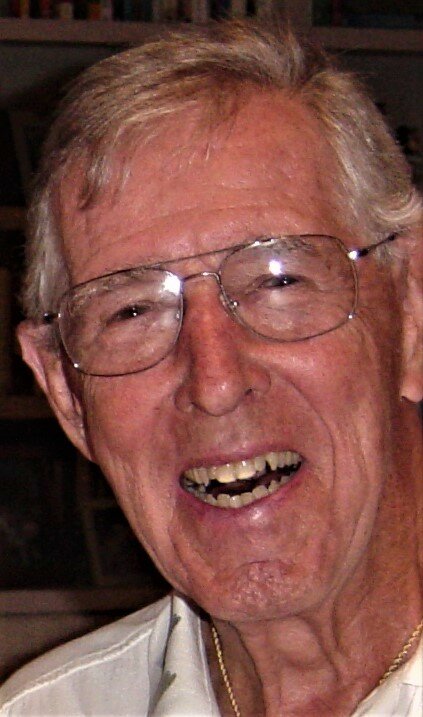 George’s favorite saying was “Life is good!” and truer words were never spoken.

George William Brew, age 94, died peacefully at home on the morning of November 26, 2022, with his wife of 35 years, Kathie (Kathryn nee Kerr) by his side.

Kathie was the biggest love of his life. They were married in the summer of 1987 and together they traveled extensively and enjoyed making new friends wherever they went. Kathie’s gentle kindness and devoted care allowed George to stay at home until his final day. He always said how lucky he was to have married her and he was right about that.

George grew up in Bayside, NY, attending Catholic grammar and high school followed by Manhattan College, where he earned his bachelor’s degree in business administration. He joined the United States Marine Corps Reserve while in college and went on active duty shortly after graduation. He was honorably discharged as a 2nd Lieutenant in 1952. “Once a Marine always a Marine.” He joined IBM soon after where he held numerous sales and marketing management positions before retiring as an executive trainer in 1987. During this time, he lived in Norfolk, VA, Glen Oaks and Huntington Station, NY, and Ramsey and Mahwah, NJ. After leaving IBM he continued mentoring and training business leaders through his consulting firm before permanently hanging up his business suit to retire to the Waterford Golf Community in Venice, FL. Always active, George skied and taught skiing for many years but left his skis behind when moving to Florida. There he continued to pursue an active lifestyle, playing tennis, until his knees couldn’t take it anymore, and golf, where he culminated this passion with his first and only hole in one at the age of 91. George was always willing to help others and had volunteered for numerous fraternal, charitable and community organizations, serving many in a leadership capacity.

The family will always be grateful for the care and support he received from the incredible nurses and staff of Tidewell Hospice and the Veterans Administration. Along with Kathie and Keith (his loving son), they made his stay at home possible.

In lieu of flowers, memorial contributions may be made to Tidewell Hospice (Sarasota) or a charity of your choice.

Share Your Memory of
George
Upload Your Memory View All Memories
Be the first to upload a memory!
Share A Memory