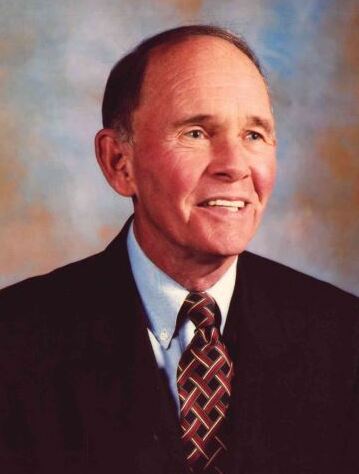 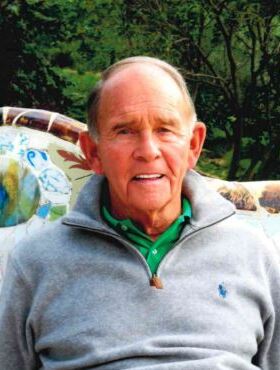 NORTH PORT — Fred Tower III loved his family, politics, football, golfing, the local chamber — and fighting for a hospital in North Port.The two-term former city commissioner died Friday. He was 82.Tower retired from the General Motors Buick Division Sales & Marketing division and moved to Florida. He married his wife, Lydia, in 2001 and soon became involved in the North Port Area Chamber of Commerce.Between golfing with his buddy Jim Blucher, the two of them dabbled in local politics. They both ran for office. Eventually they both were elected and sat beside each other on the dais. They navigated the potential sale of Warm Mineral Springs Park, dealt with pothole-ridden roads and tried to attract new businesses to North Port.Tower served on the North Port City Commission from 2004-2008. He was also a commissioner as the city was growing by hundreds of homes each year. He was interested in economic development. He understood the old city pool needed to be replaced. However, voiced opposition for a bond to pay for a new water park in the city.While on the campaign trail for re-election, Tower said his strategy was to “work very hard and earn the respect of the electorate and demonstrate” he was the best person for the job.He helped bring $6.2 million in state funding for the widening of Sumter Boulevard and $2.7 million for the Myakkahatchee Creek land purchase. During the economic downturn, Tower worked with others on ways to fill more than 1,800 foreclosed homes.For years, he lobbied Sarasota Memorial Hospital and the state to bring a hospital to North Port. He was elated this summer after learning SMH and city officials began developing a plan to do just that.“This is a long, long time coming,” Tower told The Daily Sun. “We should have never had to fight so hard for a hospital in the fastest-growing community in Sarasota County. I’m just proud we are getting a hospital because the people of North Port deserve to have a new facility that will suit our growing needs.”Tower never stopped serving the city after he left office. He stayed busy in North Port Area Chamber of Commerce and the local Republican Club.Tower met Mark Frandsen at early voting several years ago. The pair discovered they knew each other when they lived in Chicago.“I met Fred in 1973,” Frandsen said. “He worked for Buick in Chicago as the fleet manager. I got to know him. Then we met again at the polls.” He said they loved talking about “politics and cars.”Frandsen said he and his wife, Dawn, were close to Fred and his wife, Lydia.“Fred was in the hospital on his anniversary on Oct. 21. I told him happy anniversary and he said ‘I married the prettiest girl in town’ and then he went to sleep. He always has something nice to say. Those two are great people. Fred was a classy guy.”Tower was involved with several nonprofits, including Habitat for Humanity. Before he became a commissioner, Tower chaired the committee to build a $3 million Performing Arts Center at North Port High School in partnership with the school board.Lydia Tower said Friday her husband was able to spend time with his brother, granddaughters and other family members recently after having surgery. She said he loved being a champion for the city.“He loved the North Port Art Guild, he got the building (on Sam Shapos Way) for them,” Lydia Tower said. “They made Fred a lifetime member. He loved the people of North Port. He would go anywhere he could do something to help others. I love his beautiful smile. He was a good man. He was so good to me. Everybody loved Fred.”

By ELAINE ALLEN-EMRICH STAFF WRITER- Farley Funeral Home received permission on behalf of the North Port Sun to publish on our website.

Farley Funeral Home in North Port is in charge of arrangements. A Celebration of Life will be held at New Life Church in Venice on Tuesday, December 6, 2022 at 1:00pm. In lieu of flowers please donate to: Gene Matthews Boys and Girls Club of North Port, FL 34287. Please send donations to 3130 Fruitville Rd, Sarasota, FL 34237 or through their website: bgcsdc.org.

To send flowers to the family or plant a tree in memory of Fred Tower III, please visit Tribute Store
Sunday
6
November

Share Your Memory of
Fred
Upload Your Memory View All Memories
Be the first to upload a memory!
Share A Memory
Send Flowers