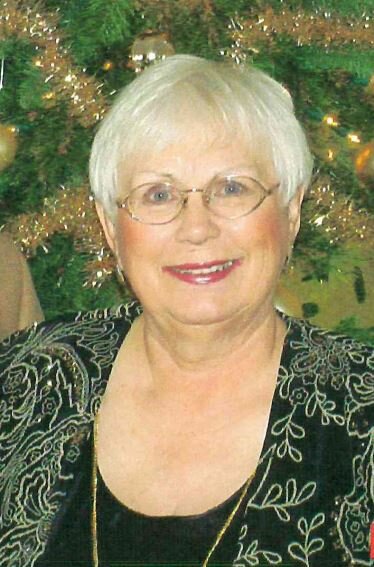 Doris June Briggs (Jorgenson) passed away October 23,2022 in her home in North Port.

She was preceded in death by her loving husband Charles, son Brian and brother Ronald. Doris has one remaining son, Kirk, who was by her side at the time of her death. She has two grandchildren, Ivy and Adam Briggs, and one remaining brother Harold (Marily) Jorgenson, and numerous nieces and nephews.

Doris was born in Rudd, IA to Margaret and George Jorgenson, on August 9, 1936. She began working as a secretary at 16 years young in Rudd where she met and married Charles. They lived in Mason City, IA where she sold real estate. They eventually moved to Tampa, FL, Venice, FL and North Port, FL. During her career she was a banker and worked at Sarasota Airport Authority. She was a North Port City Clerk from 1990 until 2002, when she retired.

One of Doris many passions was piloting her own airplane. She received her pilot license on February 8, 1977. She and Chuck and fellow pilots would often fly somewhere to breakfast or lunch. She had her own white plane with yellow stripes. Recently she purchased a golf cart with yellow stripes with her call number on the side to resemble her plane. She could often be seen taking her dog, Toby, for rides around the neighborhood on her cart.

She was an avid golfer and had a hole in one from the Men’s tee. She enjoyed embroidery and served as president of the Embroidery Guild. She was president of the Kiwanis Club from 1991 to 1995. She also enjoyed gardening and had many beautiful plants in her yard. She and Chuck also enjoyed traveling in their motor home. She left many good friends and family who will miss her dearly.

To send flowers to the family or plant a tree in memory of Doris Briggs, please visit Tribute Store
Friday
11
November

Share Your Memory of
Doris
Upload Your Memory View All Memories
Be the first to upload a memory!
Share A Memory
Send Flowers