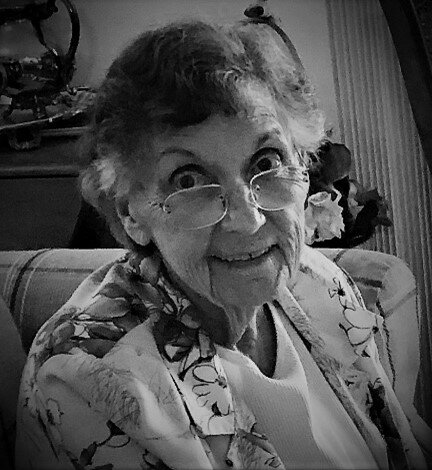 Beverly Florence Anders (née Thomason), 93, of Village on the Isle in Venice, FL and formerly of Minneapolis, MN, and Hartford City, IN, joined the heavenly orchestra on October 4, 2022, at the Village’s Health Center in Venice, FL.

She was born October 30, 1928, in Hartford City, IN to Alva Jefferson Thomason and Cleo Augusta Thomason (née DeWitt).  She was an early violin prodigy and graduated from Hartford City High School in 1946.

While at Wittenberg University, Beverly met the love of her life and fellow music student Charles Richard Anders of Frederick, MD. It is important to note that she was always the better violinist and shared his “creative” sense of humor. The couple were married in 1951 and welcomed their first child, Laura Ellen, late that year. Brother Michael joined Laura in 1953.

Following Charles’ ordination in 1954, the couple moved to communities in Georgia and Indiana, where she taught elementary and music education as he earned a master’s degree with Distinction in Musicology from Indiana University. In the 1960s, the couple moved to New Jersey where Beverly taught elementary school as Charles served as a primary music executive for the Lutheran Church in America, then headquartered in New York City.

Charles’ advancement into college teaching saw them at Thiel Lutheran College in Greenville, PA, and St. Olaf College in Northfield, MN. There, Beverly taught elementary and music education as Charles served as a professor of sacred music composition, and later as music editor at Augsburg Publishing House in Minneapolis, MN. From the 1970s on, both continued to play in informal string quartet groups and local symphonies, including the Red Cedar Orchestra (Wisconsin) and the Venice Symphony (Venice, FL).

During 1980s stints at congregations in Tamarac, FL, and Minneapolis, MN, (Diamond Lake Lutheran Church), Beverly was a popular private violin teacher until the couple retired to the Wisconsin lake country in 1992. Then, they concentrated on playing duets on the lakeside deck and scaring the deer. They moved to Venice, FL in 2011 and Village on the Isle in 2018.

Charles predeceased Beverly in 2020. Beverly is survived by daughter Laura, of Venice, FL: son Michael (Nance) of Alexandria, MN; grandson Jacob Anders (Erin) and great-grandsons Mikko and Finn of Palmer, AK; grandson Thomason Anders (Elizabeth) and great-grandsons Martin and Henrik of Copenhagen, Denmark; and granddaughter Marit Anders of Minneapolis, MN.  A memorial service will be held for both Beverly and Charles at the Lakewood Cemetery Chapel in Minneapolis at 10 a.m. on Saturday, October 29, 2022. Private family internment will follow.

Share Your Memory of
Beverly
Upload Your Memory View All Memories
Be the first to upload a memory!
Share A Memory