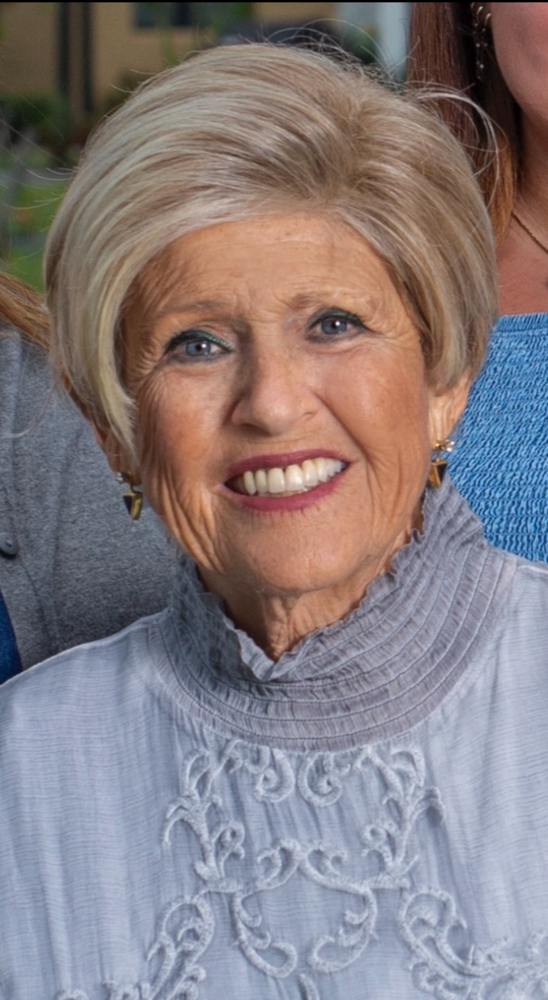 Obituary of Suzette A Schwartz

Her husband of 61 years, John Schwartz passed 31 days earlier. She was surrounded by her children and her grand daughter. Suzette was a kind and gentle soul. She was extremely social, never met a stranger. She also had a quiet determination. If she did something, she went all out. Suzette married her childhood sweetheart in 1961. They had twin boys right away. With two kids at home she left school and took a job.

In 1972 with four kids at home, she decided to go back to school. She enrolled at Burlington county college. She studied in the early morning and late evening hours when her children were asleep. She was what they called a non traditional student. A 28 year old freshman with four kids at home. She graduated with a 4.0 GPA and went on to Trenton State college to get a degree in education. With a house full of grammar school and junior high students it took her a little longer than most of her classmates. She graduated with a teaching degree in in 1978 with a 4.0 GPA. It irritated her children to know end that she never got a B. Her next stop was Westampton Elementary school. She was born to teach. She taught fourth and fifth grade until she retired in 2005. She was always the first person in the building and the last to leave. The custodian finally gave her her own key to the building. She was dedicated, enthusiastic and loved teaching. Her fifth grade history students knew her as Betsy Americana because she taught the class dressed in colonial garb. At her retirement dinner, there wasn’t a dry eye in the house. Teachers, administrators, former students and even the custodian were all there to tell their stories and to pay tribute to the finest teacher they had ever worked with.

Suzette and John retired to Florida in 2005 and she needed a new avocation. Yuk-Yuk the clown was born. She visited schools and senior facilities with her troop until 2017 when she hung up her red nose. She loved the interaction with children and adults and was always available to anywhere that someone needed to be cheered up or entertained. She and John also traveled extensively from 2005-2015, they went everywhere. She was a proud wife, mother, grandmother and great grandmother. She was happiest when surrounded by her family.

Everyone has a story. Not many people live lives that inspire and empower people the way she did. She will be sorely missed. Suzette is survived by her four children, her ten grandchildren, her sisters Rhalda and Sandy and a thousand people who’s lives are a little better for having spent a year in Mrs. Schwartz’s class.

To send flowers to the family or plant a tree in memory of Suzette Schwartz, please visit Tribute Store

Share Your Memory of
Suzette
Upload Your Memory View All Memories
Be the first to upload a memory!
Share A Memory
Send Flowers