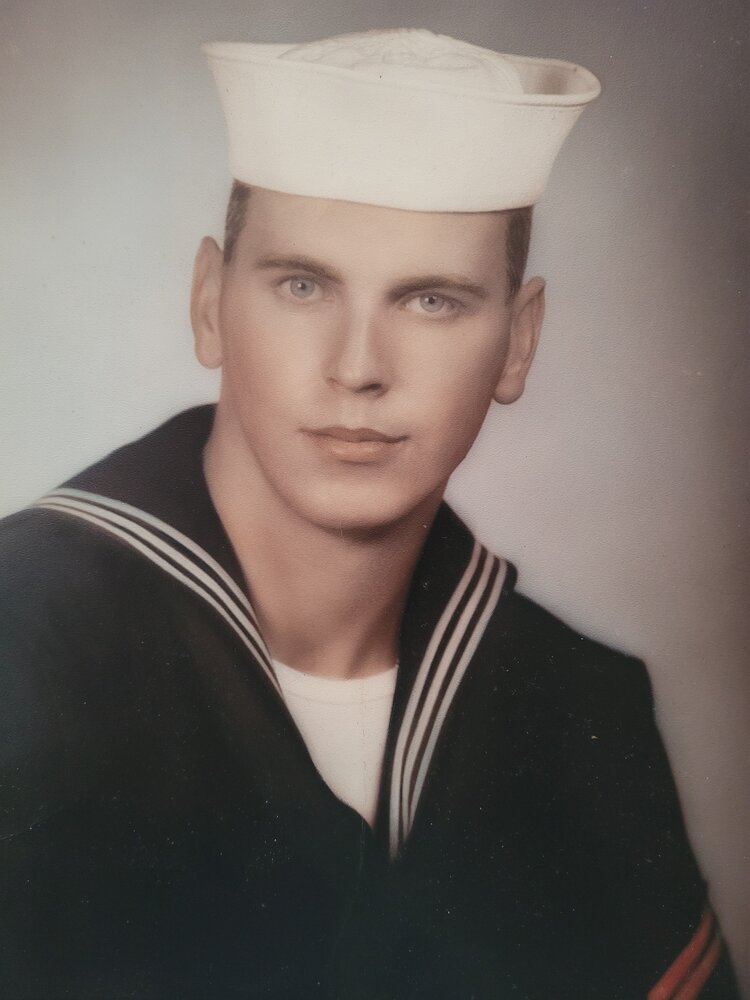 Obituary of Willie A. Johnson

Willie Alva Johnson, Sr., died September 26, 2022, at PAM Care Hospital in Sarasota, Florida. Bill was born in Cordele, Georgia, on May 29, 1940, to the late Willie Felton and Zelda (Williamson) Johnson. Billy, as he was known in Georgia, attended West Crisp School and graduated from Crisp County High School, Class of 1959. He enlisted in the US Navy, attended boot camp in San Diego, and from Bremerton, Washington, was assigned to the USS Coral Sea, “The Mighty Warrior.” The second ship he served on was the USS Shangri La. While stationed in Jacksonville, Bill met the love of his life, the late Lynn Votipka (August 1, 2022), of Venice. After receiving an Honorable Discharge, Bill and Lynn married on August 9, 1963 at Antioch Baptist Church of Cordele and made their home in the area. After moving to Venice in 1985, Bill and Lynn eventually owned and retired from Duke Garden Center. They would have celebrated 59 years of marriage this year. Bill is survived by his children, Shari and her husband, Stephen Dembinski; son Will Johnson; granddaughters Mary Rowe and Melanie Graybeal; and grandsons, Garrett Johnson and Kyle Johnson; a great-granddaughter, Jolene Johnson, and a great-grandchild Graybeal due in January, 2023. Bill is also survived by two bonus sons, Shawn Burton and Jason Thompson as well as life-long friend Alice Burton. Bill leaves behind many friends he met in Venice when he first came here in 1962, as well as his friends at the American Legion NoVeL Post #159. Anyone who ever met Bill soon learned he was a talker. His Southern accent sometimes made it difficult to understand him, so the family advised his new friends to just nod and smile. The man never met a stranger, and somehow always managed to work his time in the Navy into a conversation. Bill was a very enthusiastic member of the USS Coral Sea Association and served as both Vice President and President. He only missed two reunions over the past 35 years. He was also a member of the USS Shangri La Association and enjoyed attending their annual reunions as well. Bill and Lynn loved dancing and were a joy to watch when they danced. They also enjoyed attending the various sports their grandchildren participated in at Venice High School. Bill was very proud of his daughter’s success as a teacher, and his son’s success as a business owner. Bill collected hippos and had an impressive collection of statement socks which he liked to wear mismatched. A service will be held on Friday, October 7, at Farley Funeral Home in Venice. Visitation will start at 3 p.m. with the service to follow at 4 p.m. In lieu of flowers, memorial donations may be made to St. Jude’s Children Research Hospital.

To send flowers to the family or plant a tree in memory of Willie Johnson, please visit Tribute Store
Friday
7
October

Share Your Memory of
Willie
Upload Your Memory View All Memories
Be the first to upload a memory!
Share A Memory
Send Flowers