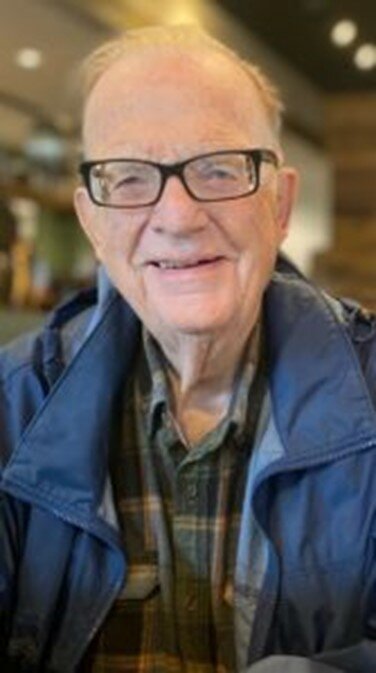 William J Beeman (Bill), passed away at the age of 87 after a long illness, at his home in Nokomis, Florida, on September 9, 2022. He was born and raised in Rochester, New York, the fifth of six children to Walter S. and S. Marie Beeman. Bill was passionate about education and graduated from Aquinas Institute, Saint John Fisher College and Syracuse University.  He received his Master’s and Doctorate degrees at Syracuse University’s Maxwell School.  He served briefly in the United States Army then became a professor of Economic Studies at the University of Maine.  During his accomplished career as an economist working in public finance Bill worked at various federal government agencies where he advised heads of state to include the POTUS. After his retirement from federal service he became a renowned researcher and author of many economic publications.  He was a thorough and impartial analyst and felt that he had one of the best jobs in the world. Bill was an extremely devoted husband, a loving father and a proud grandfather “Poppy.”  He is survived by his wife of 62 years, Mary Jane his two children Andrea (Brian), and Daniel and wife Carie.  Five grandchildren – Joshua, Mikayla, Caitlyn, Danny, and Jaidyn; two brothers – Walter (Janet) and Larry (Sharon); and many nieces and nephews.  He was preceded in death by his parents; his two sisters and their spouses, Wilna and husband Robert, Margaret and husband Gerard; and his brother, Reverend James Beeman.

Arrangements have been made by Farley Funeral Home in Venice, Florida, and Dierna Funeral Home in Rochester, New York.  Visitation will be held at Dierna Funeral Home 2309 Culver Rd. between 4-7pm on Thursday, September 29th.  The funeral mass will be held at Saint Cecilia’s Catholic Church at 10am on Friday, September 30th with burial to follow at Holy Sepulchre Cemetery. In lieu of flowers, donations may be made in Bill’s memory to the charity of one’s choice.

To send flowers to the family or plant a tree in memory of Bill Beeman, please visit Tribute Store

Share Your Memory of
Bill
Upload Your Memory View All Memories
Be the first to upload a memory!
Share A Memory
Send Flowers