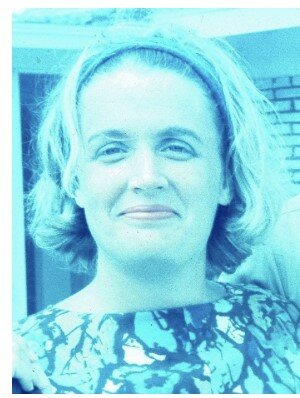 Carol (Chris) Christian Hallgren died peacefully in Venice, Florida on September 19, 2022.  Born in Evanston, Illinois in 1931, Chris graduated from Friends’ Central School in Wynnewood, Pennsylvania.  She attended the University of Pennsylvania where she met Hal E. Hallgren.  She married Hal, a young Army officer, and went on to fulfil the challenging role of an Army wife and Mother to Wayne and Laura.  During Hal’s extended tour to Viet Nam in the mid-1960s, Chris and her children moved to Venice to be near her parents Wayne and Aileen Christian.  After Hal’s return from Viet Nam, the family moved to Arlington, Virginia where Hal retired from the Army as a Major General.  In Virginia, Chris worked as a member of the U.S. Capitol Guide Service.

The following years, led Chris back to Venice in the 1970s, then to Monument, Colorado for over twenty-five years, and finally returning to Venice in 2019.  Chris was a terrific golfer and avid bridge player.  For over fifty years, she introduced “young people” to bridge and founded several bridge groups.  Most importantly, she was a remarkable mother and extraordinarily kind.

To send flowers to the family or plant a tree in memory of Carol (Chris) Hallgren, please visit Tribute Store

Share Your Memory of
Carol (Chris)
Upload Your Memory View All Memories
Be the first to upload a memory!
Share A Memory
Send Flowers