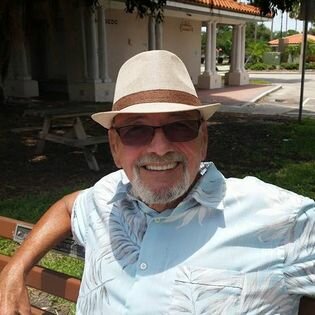 Known for his quick wit, his love for old cars, fast cars, sports, and politics, Thomas C. Munroe died on September 9, 2022. He was 72. While some didn't know him as Tom Munroe, they recognized him as the husband of Barbara Langdon, the Vice Mayor of North Port.

Munroe graduated from Memorial High School in Manchester, NH in 1967 and attended St. Anselm's College in Bedford, NH. After serving in the Vietnam War, he joined the police force in his hometown of Manchester, NH and later, Bedford, NH. He then spent 25 years in the automotive industry as a finance director and general manager.

The couple moved to North Port in 2014. Tom’s passion was playing golf and he was a member of Deep Creek Golf Club in Punta Gorda. He was also an active member of the North Port Area Republican Club. "Tom and I were blessed with 40 years of marriage and we both agreed that the past 8 years spent in North Port were our happiest together. What a gift," said Barbara Langdon, North Port Vice Mayor.

Tom's memorial service will take place at Farley Funeral Home, 5900 South Biscayne Dr., North Port, on Monday September 26 from 3 p.m. to 5 p.m. with a prayer service at 4 p.m. Instead of flowers, the family is requesting donations to Tom's memorial fund.

Children going hungry pressed painfully on Tom's heart. Awaken Church and When All Else Fails are working with the family to create a fund in Tom's name to provide food for North Port school children during summer vacations and holidays.

Share Your Memory of
Thomas
Upload Your Memory View All Memories
Be the first to upload a memory!
Share A Memory