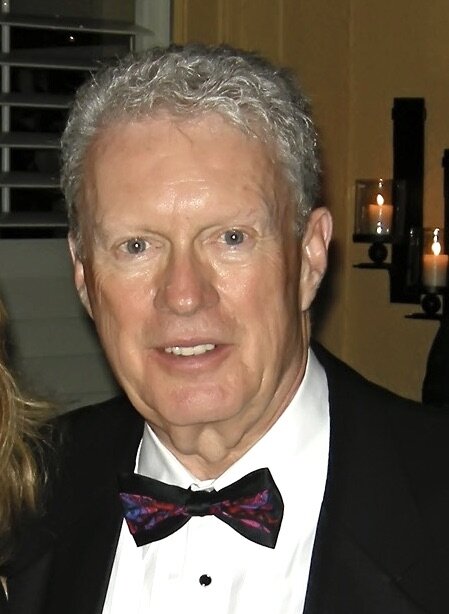 Joseph H Johnson, 79, passed away peacefully on Wednesday, September 7, 2022 in Sarasota, Florida. His loving wife, Gloria, was by his side. Joe was born on May 18, 1943 in Utica, NY to Joseph and Mary (Smith) Johnson and was the oldest of their 5 children. He graduated from New Hartford High School in June of 1961 and attended the State University of New York at Oswego where he earned a B.A Degree in Chemistry.
He then joined GE where he spent four years as a product and development chemist
before moving into Sales and Marketing and soon becoming the Laminated Products
General Manager. After 15 years with GE, Joe continued in the electronics industry by
becoming Vice President of Sales and Marketing for HADCO Printed Circuits in Derry,
New Hampshire and, later, President and CEO of Laurier, Inc. in Londonderry, NH.
In 2002, Joe sold Laurier to a European electronics company and retired. He enjoyed many years of international travel in his career and he and Gloria would continue to explore new destinations around the world.

Friends and family always enjoyed Joe's cooking. He often said that he missed being a chemist in the lab so mixing ingredients for recipes was fun for him. Dinner party guests gravitated to the kitchen to watch and get involved. He also won several baking awards for his peach blueberry pie using native New Hampshire peaches and Maine blueberries.
Fishing in the New England waters became a favorite adventure for Joe. He obtained a
Captain's license for charter fishing and especially enjoyed hooking cod and chasing
tuna in the Atlantic. The more relaxing boating excursions were always for family and
many friends.
In 2005, Joe and Gloria moved to the Venetian Golf & River Club in Venice where Joe
became an active volunteer in the community. He served on the Architectural Control
Committee (ACC) for 11 years and served as the President of the Cipriani Association
for 10 years. He also enjoyed golfing and playing poker with the guys.

Joe was a devoted husband, father, grandfather and great grandfather.

To share a memory or to send a condolence to the family visit www.farleyfuneralhome.com.

To send flowers to the family or plant a tree in memory of Joseph Johnson, please visit Tribute Store
Monday
19
September

Share Your Memory of
Joseph
Upload Your Memory View All Memories
Be the first to upload a memory!
Share A Memory
Send Flowers