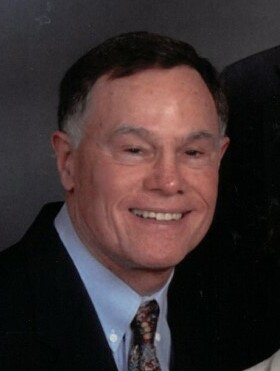 Obituary of Joseph A. Wycoff

Joseph A. Wycoff, 83, of Venice, Florida formerly of Belleville, IL and Bardstown, KY passed away at Sarasota Memorial Hospital in Venice, FL on Sunday, September 4, 2022.

The son of the late Kathryn Hunter Wycoff and Joseph M. Wycoff of Bardstown, KY. Joe was born in Frankfort, KY on March 30, 1939. He was preceded in death by his brother, John (Buzzy) Wycoff.

After surviving polio in 1950 he had a storied career as the manager of football, basketball and baseball teams at St. Joseph’s Preparatory School in Bardstown, KY. While there he became the St. Joe sportswriter for the Kentucky Standard newspaper and was honored to be President of the senior class of 1958. He was inducted in St. Joe Prep’s Hall of Fame and his manager’s sweater is on display in Spalding Hall.

He attended Xavier University, St. Thomas Seminary and earned a BA degree in Philosophy at St. Meinrad College, IN. At the University of Kentucky, he continued his graduate work and became a secondary education teacher at Cahokia High School in Illinois. There he distinguished himself teaching Western Civilization and earned the Principal’s Award.

He is survived by his wife of 22 years, Anne Talbott; her son, Dan and Nellie, their golden retriever.

His charities include Catholic schools and animal shelters.

At his request, his remains will be cremated, and a private graveside service will be held in Springfield, KY at a later date. Farley Funeral Home in Venice, Florida is handling the arrangements.  To share a condolence or memory please visit www.farleyfuneralhome.com.

To send flowers to the family or plant a tree in memory of Joseph Wycoff, please visit Tribute Store

Share Your Memory of
Joseph
Upload Your Memory View All Memories
Be the first to upload a memory!
Share A Memory
Send Flowers