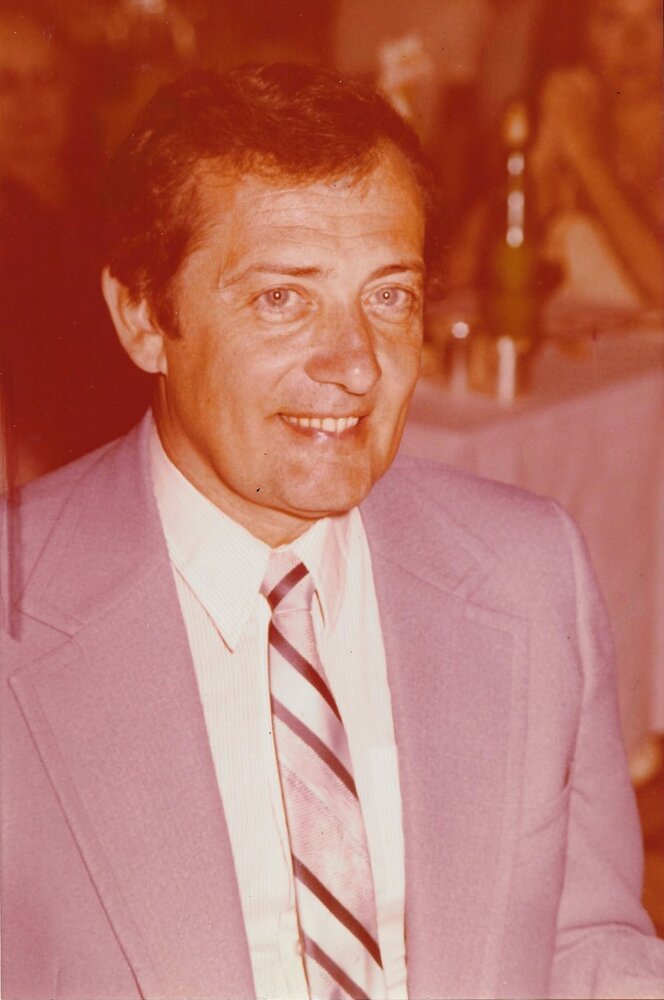 John Francis Mortensen 92, passed away on August 9, 2022.  He had recently relocated to North Venice in May of 2022. He was born on September 11, 1929 in the Bronx, NY to John and Catherine (Kessler) Mortensen.  He attended PS 71 Grammar School and Christopher Columbus High School.  During the Korean War he served in combat during the winter of 1951-1952—one of the coldest winters of the war.

He used the G.I. Bill to attend New York University at night while holding a full-time job.  After graduation he worked over 40 years for Ecolab starting in 1959 as a salesman and ending his career as a consultant – a position that allowed him to travel all over the world reviewing energy saving and sanitary conditions in the kitchens of major hotels and restaurant chains. During his tenure he redesigned and revamped dish machine racking systems that revolutionized the industry. He also invented a pressurized steam cleaning system for which he held a patent.

John loved talking to people either one-on-one or as a professional addressing an audience of hundreds. He also was a mechanical genius who could fix almost any machine or appliance from cars to washing machines to plumbing.  He used these skills generously to help anyone in need a household repair. He also generously used his yearly vacation to take his family on a road trips throughout the U.S. believing that everyone should see the beauty of America. He was blessed with a multitude of talents which he readily shared to enrich the lives of others.

He is survived by his beloved wife of 66 years, Rosemarie, his son John (Jay) his daughter Diane Wendroff, her husband Michael, his brother Paul and grandchildren Alessandra, Gabrielle and Hunter.

A viewing will be held at Farley Funeral Home on Monday, August 15, from 4 to 6 p.m.  A mass of Christian burial will be celebrated at Epiphany Cathedral Catholic Church on Tuesday, August 16 at 2 p.m.

To send flowers to the family or plant a tree in memory of John Mortensen, please visit Tribute Store
Monday
15
August