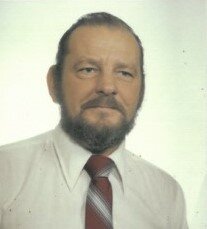 Warren Dan “Hud” Hudzinski passed away in Venice, Florida on July 30, 2022.  He was born to John and Violet (nee Warszwik) Hudzinski on August 16, 1938 in Milwaukee, Wisconsin.  Hud was preceded in death by his parents, brothers; Eugene, Melvin, Jerome and Leroy and sisters Dorothy Jalowiec, Patricia Brown and Jacqueline Zimny.  Hud is survived by his brothers; Raymond (late wife Lillian), Kenneth (Rita) and Franklin, loving friend and companion Patricia Lack, multiple nephews, nieces, grandnephews and grandnieces and their families. Hud served in the US Army until his discharge in 1957. For many years, he was manager of Radio Flash Cab Company where his company serviced the populace of the Milwaukee area.  He was a life member of the South Milwaukee Yacht Club where he served as commodore in 1998. Hud was a member of Moose International Lodge1308, the American Legion Post 0159 in Venice, Florida and the NRA.

Hud’s remains will be interred at Sarasota National Cemetery.

Hud will be missed by his family and his many friends.  Farley Funeral Home in Venice, Florida is handling the arrangements. A message of condolence may be sent by visiting www.farleyfuneralhome.com.

To send flowers to the family or plant a tree in memory of Warren Hudzinski, please visit Tribute Store

Share Your Memory of
Warren
Upload Your Memory View All Memories
Be the first to upload a memory!
Share A Memory
Send Flowers