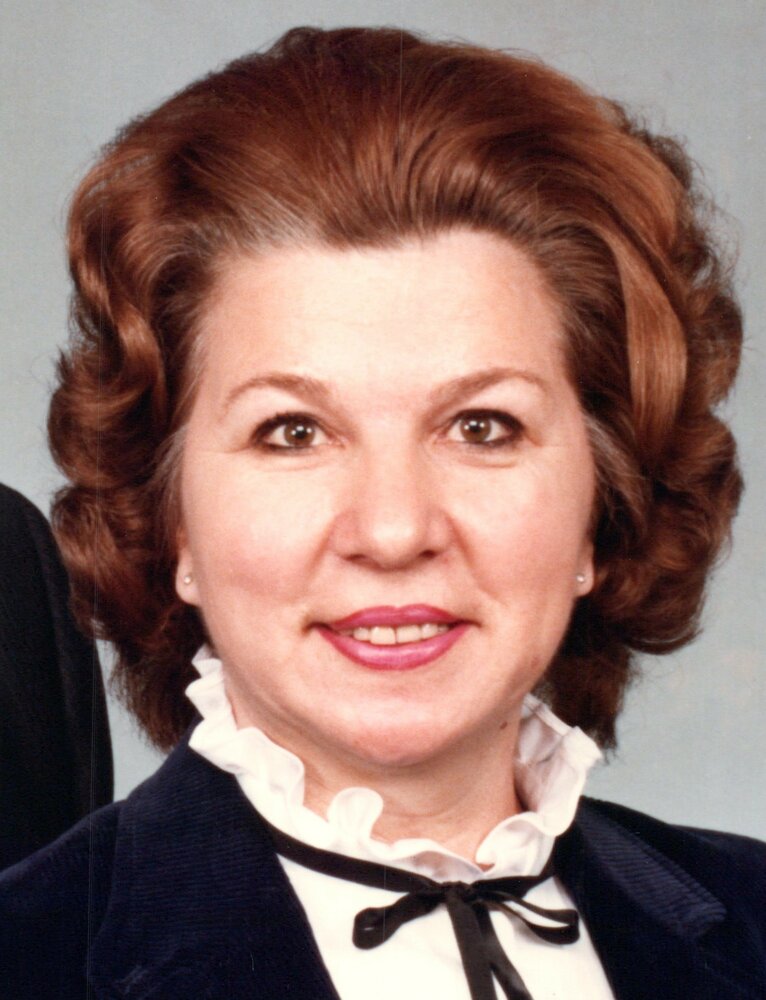 After experiencing the difficulties of war, her family was relocated to Germany.  She met  Wolodymyr ( Walter) Jarmak in Braunschweig  at a displaced persons camp and they were married in October 1949.  Together, they immigrated to the United Sates on Oct. 12, 1951 settling in Utica, New York where she lived for over 40 years. There she gave birth to four children- Annette, Peter,Andrew and Tania.

Lucienne was very religious and liked being active at St. Woldymyr Ukrainian Catholic Church of Utica and for the Ukrainian National Woman’s League of America (UNWLA) of which she was a member for over 50 years. One of her favorite activities was teaching kindergarten for the UNWLA  at the Ukrainian Saturday School. Lucienne worked for General Electric Company for many years advancing to the position of Tester-Inspector in the Aeronautics Division. The highlight of her career was receiving an award for working on the Voyager Space Traveler Project. After the passing of her beloved Walter in 1987, Lucienne moved to Port Charlotte in 1995.

It was there that she met the second love of her life, Francis ( Frank) Spino and they were happily married for nine years until his passing in 2009. She then moved to North Port. Continuing her involvement in the Florida Ukrainian community, Lucienne was a member of St. Mary’s Ukrainian Catholic Church of North Port, where she became a member of the church’s  Sisterhood.  Lucienne continued being a member of the UNWLA, she also joined the Ukrainian-American Club and was a member of the Board of Directors of St. Andrew’s Condo Assn.

She is survived by-
Her daughter Annette and her spouse Bohdan Sawycky, residing in New Jersey; her son Peter and his wife Lesia residing in New Jersey; her son Andrew and his wife Lisa residing in Illinois; and her daughter Tania and her spouse Ihor, residing in Ontario Canada.  She also has seven grandchildren -Janelle, Andrew, Stephan, Michael, Nickolas, Maxsym and Simon- and three great grandchildren - McKenzie, Kallie and Theodore ( Teddy). She is survived by her sister Jean Ciolko, and brother in law Modest Pylat and their families. She is also survived by many nieces and nephews.

The family would like to extended their greatest gratitude and thank yous to Maria Biloizhka, Station 1- EMTs and Sarasota Memorial Hospitals ICU and Cardiac Units for the care they gave.

May she Rest In Peace!

In lieu of flowers the family kindly requests that donations be sent in her memory to:

To send flowers to the family or plant a tree in memory of Lucienne Jarmak, please visit Tribute Store

Share Your Memory of
Lucienne
Upload Your Memory View All Memories
Be the first to upload a memory!
Share A Memory
Send Flowers