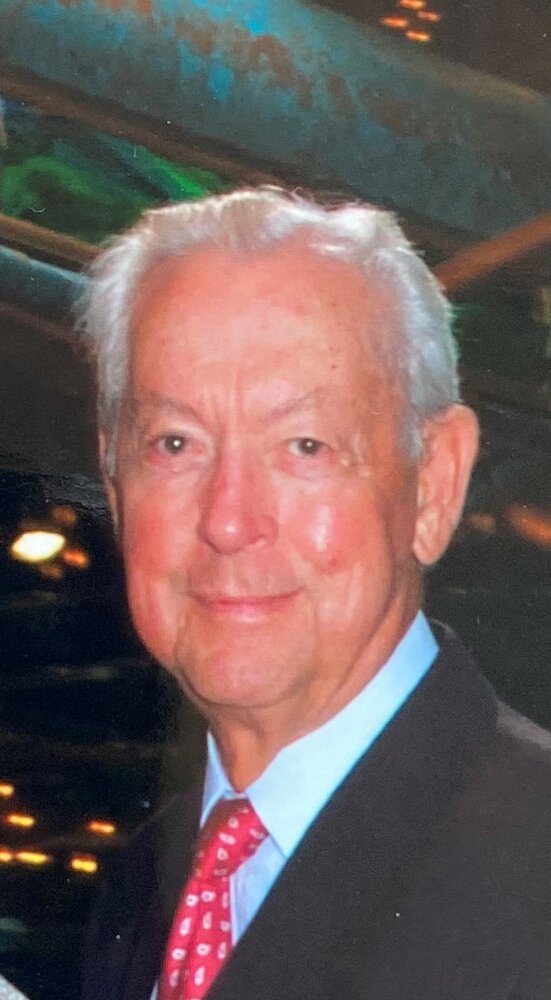 Donald Thomas O’Connor of Nokomis, FL died peacefully on May 23, 2022, at 94 after a short illness. He will be laid to rest in Florida at the Sarasota National Cemetery on June 16, 2022.

Don was born on September 13, 1927, in Sioux City, IA to Irish parents John Patrick O’Connor and Rosella Manning. He grew up on a small farm in Burbank, SD with 6 siblings: Joseph, Sylvester, Mary, Gerald, Irene, and Ralph.

Don attended grade school in a one room school in Burbank, SD. At 17, he enlisted in the Navy. After discharge, he graduated from the University of South Dakota. He married Lorraine Marie Wilson on November 22, 1949. They had three children, Diane Marie, Steven Thomas, and Mark Wilson. Don spent his career employed as an engineer with RR Donnelley & Sons Printing Company. His job required frequent moves for the family. They lived in Chicago, IL, Crawfordsville, IN, Lisle, IL, Dwight, IL, Naperville, IL, and Lancaster, PA. Don and Lorraine retired to Sarasota, Florida.

Don was a active volunteer throughout his life. His natural ability to analyze problems and communicate through calm discussion was an asset for many communities and continued until the time of his death. He loved sudoku, gardening and opportunities to have everyone together. He always knew where his people and his packages were. Don was an avid golfer, hanging up the clubs at 93. He loved eating lasagna – and all Lorraine’s cooking, traveling, and planning family vacations. In 1964, the family traveled to New York for the World’s Fair, and spent a day in the city eating lunch at an automat and visited the docks to see the ship activity.

Don and Lorraine traveled the world together, often to visit the “Grands”. Some of the highlights include traveling to Ballyferriter, Ireland and visiting those Irish relatives, England, Egypt, Mexico, and Singapore. Don was always engaged in his children’s activities such as making a homemade pup tent with his son. He was also interested in new experiences. When he learned his daughter was riding RAGBRAI the 500-mile bike ride across Iowa, he borrowed his son’s bike and joined, sleeping in a tent finishing a number of those July rides ending in 1994.

To send flowers to the family or plant a tree in memory of Donald O'Connor, please visit Tribute Store
Thursday
16
June