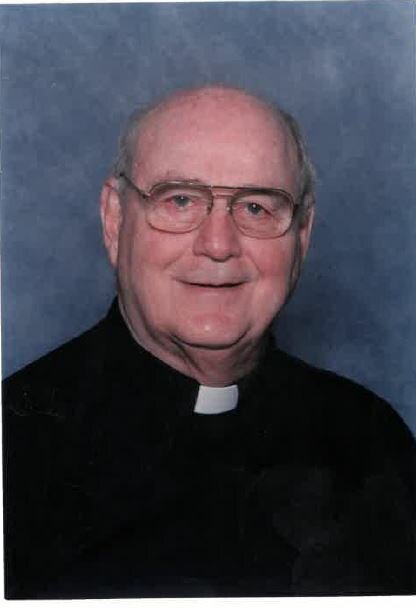 Niles was born to (the late) James Gillen and (the late) Margaret (Fox) Whelan on September 15, 1931, in Chicago, Illinois. His given name at baptism was James Joseph. He is survived by his brother, John Francis. James Joseph attended St. Columbanus School in Chicago, Illinois, and Mount Carmel High School in Chicago, Illinois. After graduating from high school, he entered the Carmelite pre-novitiate program in Niagara Falls, Ontario. A year later he entered the Carmelite novitiate in New Baltimore, Pennsylvania. He professed simple vows on September 1, 1951, taking the religious name of Niles. He went on to study at Mount Carmel College in Niagara Falls, Ontario, and St. Bonaventure University in Olean, New York, where he earned a bachelor’s degree in philosophy. He studied theology at Whitefriars Hall in Washington, DC, and professed solemn vows with the Carmelites on September 15, 1954. He was ordained a Carmelite priest on May 26, 1956, at St. Clara Church in Chicago, Illinois. He continued his studies at Fordham University in New York, New York, earning a master’s degree in education; and at Dartmouth College in Hanover, New Hampshire, earning a master’s degree in Liberal Studies. Father Niles’ first assignment was in 1957 as teacher and guidance director at Mount Carmel High School in Chicago, Illinois.

In 1961 he became principal at Joliet Catholic High School and in 1966 was named superintendent of schools for the Diocese of Joliet in Joliet, Illinois, a position he served in for the following 20 years. During that time, he served as a member of the Priests Senate in the Diocese of Joliet (1967 to 1971), provincial director of education for the PCM province (1972 to 1978), as Third and Fourth Definitor (1972 to 1978), co-director of education for the province (1978 to 1986), and secretary of education for the Diocese of Joliet (1982 to 1986). In 1986, Father Niles took a sabbatical at the University of Notre Dame in Notre Dame, Indiana. He returned to ministry in 1987 as pastor at Our Lady of Mount Carmel Parish in Louisville, Kentucky, where he served until the summer of 2002. After a six-month sabbatical at the School of Applied Theology in Berkeley, California, he served as parochial vicar at St. Raphael Parish in Englewood, Florida, until the summer of 2012. Father Niles then retired, residing at Titus Brandsma House in Venice, Florida, and later moved to Carmel at Mission Valley in Nokomis, Florida, in 2014, where he remained until his death. May he rest in peace.

To send flowers to the family or plant a tree in memory of Fr. James Gillen, please visit Tribute Store
Saturday
4
June

Share Your Memory of
Fr. James
Upload Your Memory View All Memories
Be the first to upload a memory!
Share A Memory
Send Flowers