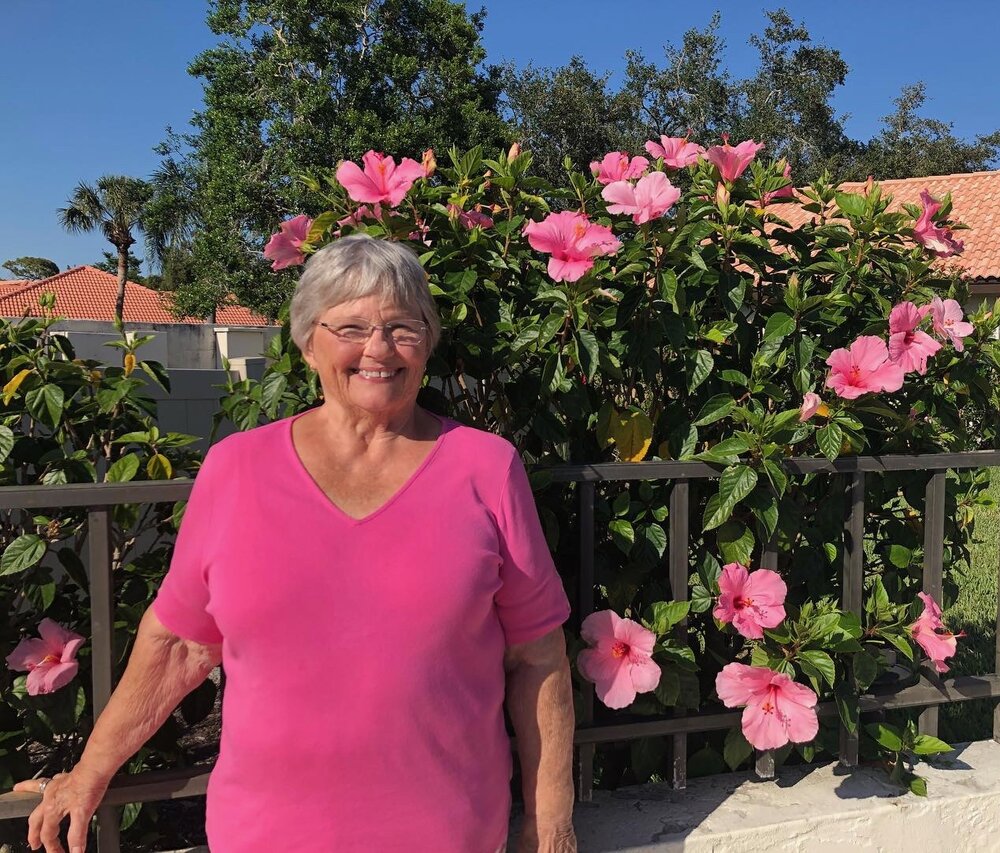 Julia Arnold Holmes, age 83, of Nokomis, Florida, passed away peacefully on  April 14, 2022.  She was born in Elmhurst, Illinois April 26, 1938. Julia attended New Trier High School in Winnetka, Illinois – she graduated from DePauw University in Greencastle, Indiana in 1960, where she was on the Dean’s List earning a degree in Elementary Education. During her college years she was a member of Kappa Alpha Theta Sorority, Alpha Chapter, studied abroad in Europe, was a cheerleader and synchronized swimmer. Julia married her college sweetheart, Douglas Holmes, and raised their four children in Slidell, Louisiana.

Julia loved living by the beach where she was an avid shell collector – she also loved the mountains and during her retirement she enjoyed her cabin in the Colorado Rockies. Bird watching and reading were her favorite pastimes. Julia’s fruitful life was lovingly spent with her four children and five grandchildren.

In Slidell, Louisiana Julia attended First United Methodist and Aldersgate United Methodist Church where she was an active member and enjoyed playing in the handbell choir for many years. Early in her career she was an elementary school teacher and then later taught computer technology. In 1991, she moved to Nokomis, Florida to be close to her parents, continued her career with Westfield Company and enjoyed her retirement years.

She was preceded in death by her parents, Willard L. and Ellen W. Arnold, and her first son, Mark Holmes.

Memorial Contributions can be made to Ovarian Cancer Research and Alliance https://ocrahope.org or the Susan G. Komen Foundation https://komen.org.

To share a memory of Julia or to send condolences to the family, visit www.farleyfuneralhome.com.

To send flowers to the family or plant a tree in memory of Julia Holmes, please visit Tribute Store
Tuesday
26
April

Share Your Memory of
Julia
Upload Your Memory View All Memories
Be the first to upload a memory!
Share A Memory
Send Flowers