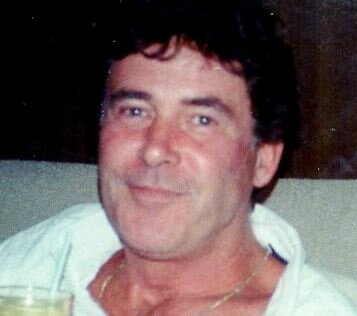 Tony was born in 1942 in Biloxi, Mississippi and was the eldest son of Robert Crosby and Marie (Major) Crosby of Burlington, Vermont. He grew up on Marshall Drive in Burlington and attended Burlington High School where he met his future wife, Elizabeth Lavoie. They married in 1964 and made their home in Colchester where they raised their three children. He later attended Champlain College. Tony served in the U.S. Air Force and later the Vermont Air National Guard and was honorably discharged.

For over forty years, Tony worked for Lane Press, starting as a stripper and later making the transition to electronic layout and pre-press for graphic design. Outside of work, Tony loved everything sports. From 1956-1960, the New York Giants had their training camp at St. Michael’s College and that was enough for Tony to become a lifelong Giants fan, and he was a big New York Yankees fan. Tony coached many of his sons’ sports teams during their school years, and he was an avid golfer. After retiring in 2004, Tony and Liz moved to North Port, Florida where he worked for a few years at TPC Prestancia golf course in Sarasota, loving the sun, the sport, and the camaraderie. He was always quick with a story, a joke, or an adventure.

Tony is predeceased by his parents, Robert and Marie, and parents-in-law, Leo and Violet Lavoie.  He is survived by his wife of over 57 years, Elizabeth Crosby, children Kelly Bevins of Vermont, Kyle Crosby of Florida and Jeffrey Crosby of Vermont, siblings Shelia Lerma and husband Adan of Austin, Texas, Kerry Crosby and wife Karen of Burlington, Vermont. He is also survived by his much-loved grandchildren Audra Bevins, Austyn Bevins, Thomson Crosby, Holden Crosby, as well as five great-grandchildren and many nieces and nephews.

There will be a service Sunday April 24 at Leddy Park in Burlington, Vermont at 12:00 pm. A service in Florida will held at a later date. Contributions in Tony’s memory may be made to St. Jude Children’s Research Hospital, Shriners Hospitals for Children, or Tunnel To Towers Foundation.

To send flowers to the family or plant a tree in memory of Anthony Crosby, please visit Tribute Store

Share Your Memory of
Anthony
Upload Your Memory View All Memories
Be the first to upload a memory!
Share A Memory
Send Flowers