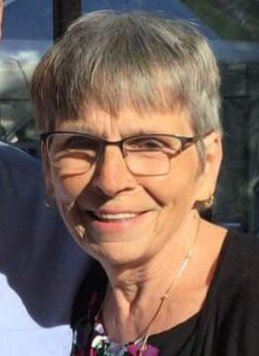 Sandra Kay Fuller, 78, of North Port and Bob's Lake Ontario Canada passed away peacefully March 27, 2022 with family by her side. She was born November 2, 1943 in Massillon, Ohio to the late James and Marie-Culler Reed.

Sandra and her husband Fred owned and operated Twin Oaks Camp in Ontario, Canada for over 40 years. There she put her skills as a people person and outgoing communicator to work, as she and Fred welcomed people from all over Canada and the United States year after year. She was the heart and soul of Twin Oaks and touched the lives of many people on the lake.

Sandra was of the Episcopalian faith and was the Sunday School Superintendent at Trinity Episcopal Church in Manassas, Virginia before her and her family moved over Seas to Saudi Arabia. There she managed the USGS recreation center for several years.

Services will be held at a later date at her home in Canada. In lieu of flowers please consider donating to the American Cancer Society in the US and to the Westport Lions Club for her Canadian friends and family.

To send flowers to the family or plant a tree in memory of Sandra Fuller, please visit Tribute Store

Share Your Memory of
Sandra
Upload Your Memory View All Memories
Be the first to upload a memory!
Share A Memory
Send Flowers