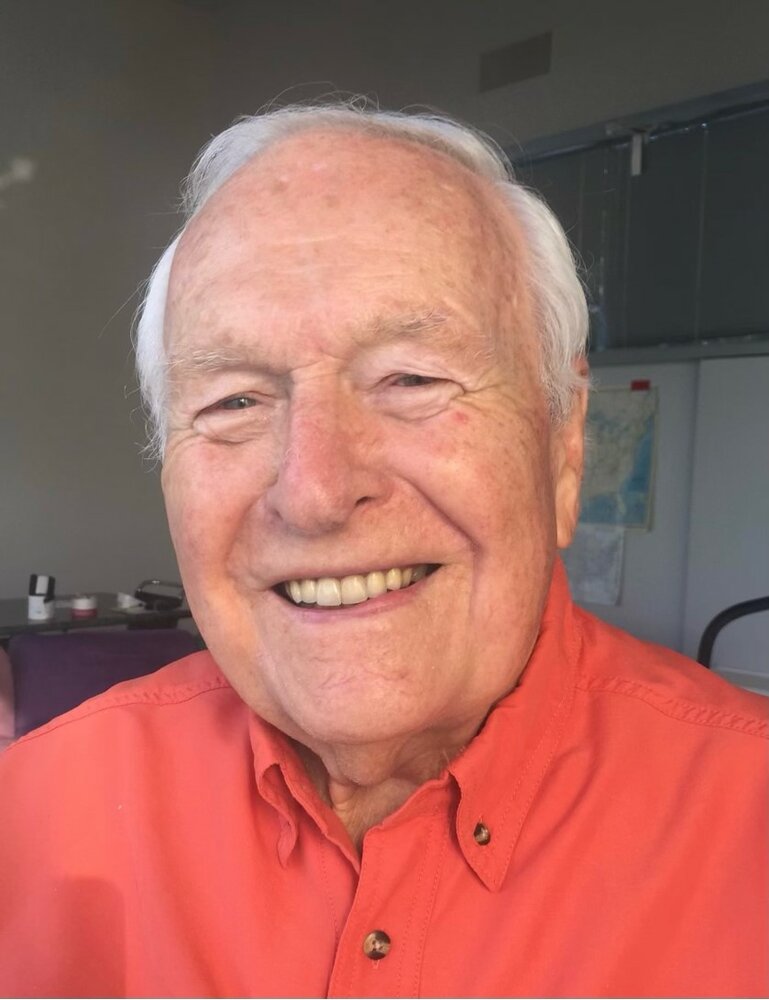 It is with deep sorrow and much love that we mourn the passing of Douglas Eugene Williamson, M.D. of Venice, Florida on March 24, 2022, at the age of 94 years.  He will be lovingly remembered by his wife Alison, his daughter Theresa Hoban (Bob), his granddaughter Quinha McBride (Mike), his great-grandchildren Bailey and Brecken, as well as numerous friends and patients.  He was predeceased by his parents Basil and Genevieve Williamson and daughter Jeannine.

Dr. Williamson received his B.S. and medical degree from Northwestern University and completed his residency at Brooklyn Eye & Ear Hospital.  Dr. Williamson was a Captain and Medical Officer in the U.S. Air Force stationed at Ramstein, Germany.   Dr. Williamson established his eye surgery practice in Sarasota in 1959.

Dr. Williamson was internationally renowned for being the “pioneer of outpatient cataract surgery” as he built the first eye surgery center in the United States in 1970, called the Venice Eye Clinic, and performed the first outpatient cataract surgery in the United States.  He was the founder and president of the Outpatient Ophthalmic Surgery Society, which fostered the building and proliferation of eye surgery centers across the world. Following the advice of Dr. Williamson, Project ORBIS began providing worldwide flying eye surgery and teaching to developing nations.   He testified in front of Congress in hearings instrumental in obtaining approval of Medicare reimbursement for cataract surgeries performed in ambulatory surgery centers.

Dr. Williamson was an avid scuba diver, was the founding director of the Sarasota County Civil Defense Underwater Rescue Team, and taught many students how to scuba dive, including law enforcement officers and search and rescue workers.  In addition, he combined his interest in scuba diving with his medical practice by conducting extensive research on underwater vision, developing special masks with lenses that he manufactured in his optical facility in Venice, Florida.

At Dr. Williamson’s request no memorial services will be held. In lieu of flowers memorial  donations may be made to Doctors Without Borders in honor of Douglas E. Williamson, M.D. Farley Funeral Home in Venice is handling the arrangements.  A message of condolence may be sent by visiting www.farleyfuneralhome.com.

To send flowers to the family or plant a tree in memory of Douglas Williamson, M.D., please visit Tribute Store

Share Your Memory of
Douglas
Upload Your Memory View All Memories
Be the first to upload a memory!
Share A Memory
Send Flowers