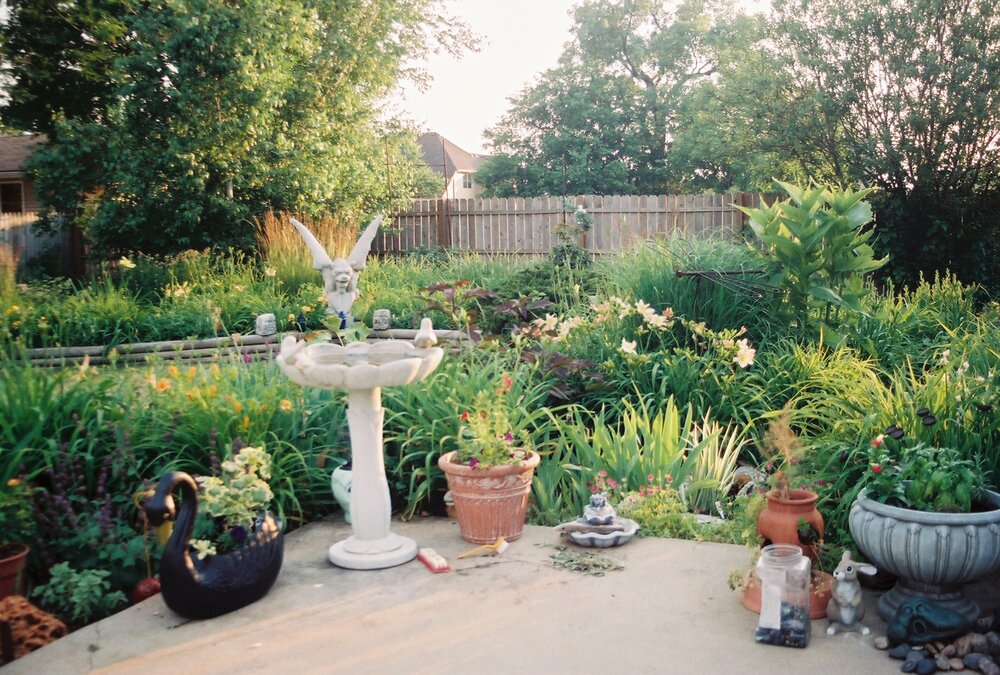 “She never took a step back.”

Patricia Burba, loved and feared wife and mother, was taken from this Earth on Monday, March 14th, 2022 … and when I say taken, I mean it; released to hospice with the expectation of living one more day, she fought and fought and made it three.

No one who knew her was surprised.

Born and raised in Chicago, Pat lived a life filled with challenges; she lost her beloved father Steven to cancer, and had a complicated but loving relationship with her mother Mary. She was one of four children, along with brothers Eric and Mike, and closest sibling, sister Margaret. Pat was a tomboy, a hellion, and by far the wildest of the four children; hers was a hardscrabble upbringing, but like iron forged in fire it only made her stronger. It also gave her an edge that could be dangerous, though she used it more to protect than destroy.

Pat had a tumultuous first marriage which resulted in five children: Leonard, Michael, Glen, Andy, and Scott. It was a toxic, abusive environment, and Pat knew the best thing was for her to take the children and leave … but was that the best thing for her? Being an unemployed single mother of five boys all under the age of twelve would be a tremendous struggle now, but in 1976? Nonetheless, Pat knew what had to be done.

She left. It was the only way; she needed to give the children the hope of having some sort of life, rather than an exercise in survival. The first weeks were difficult; there were periods of homelessness, sleeping in cars and basements. With unbelievable strength and determination – along with the help of loved ones who knew what she was doing was right – she pulled through and gave the boys a home.

It was still a rough time – the state was always after her, wanting to send her children to foster homes, ignoring the amazing effort and sacrifice she was making to assure her house was a home, that her family stayed a family. Pat, however? Well, she wasn’t going to give the bastards the satisfaction of seeing her fail. Emboldened, her boys made the same effort, and their combined forces saw to it that the family endured, and in the end remained whole. The core remained intact.

Years later, Pat met Dan Burba, the man who would spend the next 37 years by her side. He was a father to her kids, a husband who appreciated her strengths, a beacon who could shine through all her storms. He was the one person on Earth who could come closest to her edge without being cut; in a world seemingly waiting for things to fall apart, the two of them held together and continued to build. She loved and respected him unreservedly, and he often said she was the best woman he had ever known. He survives her, and carries his loss on his heart like a wound.

Pat’s boys became men, and Leonard and Glen presented Pat with six beautiful grandchildren: Anna, Lily, Douglas, Andrew, Rebekah, and Duncan. Pat LOVED her grandchildren; raising her own had been such a struggle, it made her incredibly happy to just have children she could dote on and show love and affection without the added burden of keeping them all under one roof. All six of them brought her great joy, and her passing before seeing them fully grown is truly a cruel circumstance.

Her boys, while men, feel her loss to their very cores. Over the years there were feuds and squabbles, silence and bitterness; the turbulence of their early life together shook the relationships between Pat and her sons, within both the parental and sibling dynamic. To this day the consequences of such a chaotic early life show themselves all too often … but while individual turmoil may reign occasionally, there is one constant…

The brothers remain brothers, and though the leader of their gang may have taken exit of their lives, her fury burns bright within them all. Like her, they won’t give the bastards the satisfaction of seeing them fail.

Pat was a lover of gardening and gargoyles, antiquing and animals, Diet Coke and Dateline NBC. If you had a show about Elvis or murder, you had her attention. She had recently become a user of Tik Tok, and hearing the joy in her voice describing what some silly cat or bird did would make you ignore how much you hate social media.

Patricia Ann (Anderson) Burba is survived by husband Dan, five sons, six grandchildren, and many, many, memories that will be discussed and laughed about for as long as anyone who knew her draws breath.

Pat Burba: truly one of a kind. A fierce daughter of Ireland, a Chicagoan through and through, and someone who never, ever stepped back from life’s attempts to knock her down. Did she always come out with a win? Nope … but the other guy always knew he’d been in one helluva fight.

To send flowers to the family or plant a tree in memory of Patricia Burba, please visit Tribute Store

Share Your Memory of
Patricia
Upload Your Memory View All Memories
Be the first to upload a memory!
Share A Memory
Send Flowers