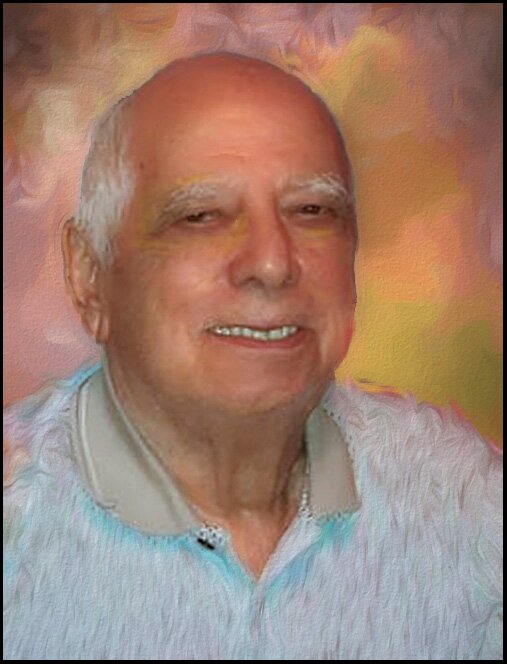 Mike was born on August 31, 1930, in Providence RI, the youngest of 10 children of Sicilian immigrants Michele S. Parisi Sr. and Antonia Ragno Parisi

After graduating from Mount Pleasant High School, Mike volunteered for the military.  He served our country as a Sargent in the US Airforce supporting the Strategic Air Command during the Korean War.  In 1953, he married Elizabeth “Betty” Joan Lombardi.  After Mike completed his military service, the young family made their home in Bellingham, MA.  Utilizing the GI Bill and while working full time, Mike earned his Associates in Electrical Engineering from Worcester Junior College.   He moved up the corporate ladder and in 1992, Mike retired from Fenwal Electronics as VP of Engineering after 36 years of service.  Mike and Betty made their retirement home in Nokomis, FL where they were very active in the Bay Lakes Community.   Mike enjoyed spending time as a sports coach, serving in local government, rooting for the New England Patriots, fishing, playing cards, time at Cape Cod, traveling, clambakes, and being with family.  Mike was noted for singing for family and friends as well as in choral groups.  He was proud that he had sung at Carnegie Hall.

Mike is survived by his five children:   Michael and Joanne (Bordman), Ronald and Marguerite  (Royer),  Debra and Jeffrey Sykes, Jacquelyn and Harold Jarvis, and Thomas and Laura (Royer),  as well as 10 grandchildren and 18 great-grandchildren.

Mike was predeceased by his beloved wife of 58 years, Betty, as well as two great-grandsons: Kalib Parisi and Brock Sykes.

Mike will be laid to rest with Betty at the Sarasota Memorial National Cemetery on Thursday, April 7, 2022 at 12:30 pm. Services are being finalized.

To send flowers to the family or plant a tree in memory of Michael Parisi, Jr. , please visit Tribute Store
Thursday
7
April

Share Your Memory of
Michael
Upload Your Memory View All Memories
Be the first to upload a memory!
Share A Memory
Send Flowers