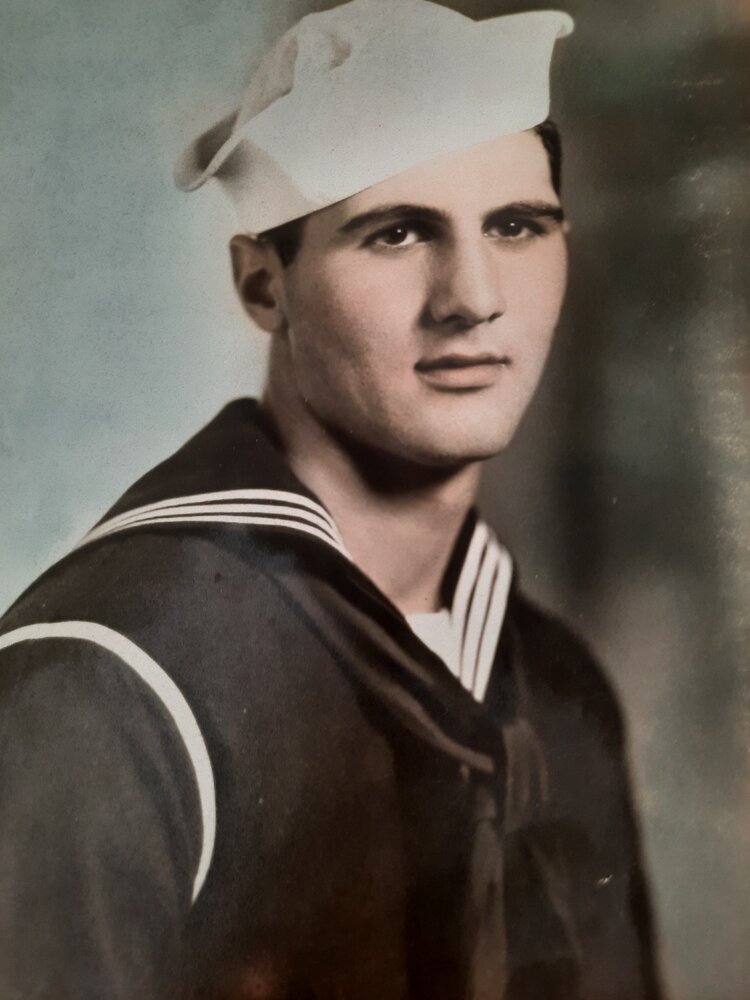 Haigh Sarkissian, age 95, of Venice Florida, departed this world peacefully at his home in Waterford on February 22, 2022. He was the husband of his beloved late wife, Irene, the devoted stepfather to Connie Kopernik of Cheboygan Michigan and the late Marge Hayden of Farmington Hills Michigan, as well as respected grandfather of Bob Kopernik, Roger and MaryAnne Kopernik, Dianne and Paul Cusumano, Mark and Connie Hayden, Rob and Teri Hayden, Greg and Lisa Hayden, and Sean and Jackie Hayden. Haigh is also survived by his nephew David Sarkissian, niece Susie Sarkissian, nine great grandchildren, and one great great grandchild. Haigh was an active member of Epiphany Catholic Church in Venice. He didn’t miss a Sunday service, and in his final months, would attend Epiphany’s televised mass. Haigh was a veteran of World War II where he served in the Navy as a gunner in the Battle of Okinawa, the last major battle of WWII, and sacrificed his hearing to the artillery on board. Haigh was honorably discharged from duty in June of 1946. He was a loyal employee of the Ford Motor Company of Detroit for 40 years. He was promoted to senior level purchasing manager, and was one of two employees in his department to survive the auto layoffs in the 1970’s. He was up at 5am every morning with a strong work ethic. Haigh lived with Irene in Livonia, Michigan during his working years where you could find him tending bar or grilling burgers entertaining a large family party or an informal get together. Haigh was always generous and willing to help those in need, as he cared deeply about his family and friends. After his retirement from Ford, Haigh and Irene moved to Venice, Florida, and was a big fan of his adopted, team the Tampa Bay Rays. He also enjoyed the many restaurants in and around Venice. Haigh was dear friend to everyone who knew him and will be deeply missed. In lieu of flowers donations may be made in Haigh’s name to The Alzheimer’s association, N. Michigan Avenue., Fl 17, Chicago, Illinois 60601 or to The National Humane Society, The Humane Society of the United States,1255 23rd Street, NW, Suite 450, Washington, DC 20037

To send flowers to the family or plant a tree in memory of Haigh Sarkissian, please visit Tribute Store
Saturday
9
April

Share Your Memory of
Haigh
Upload Your Memory View All Memories
Be the first to upload a memory!
Share A Memory
Send Flowers