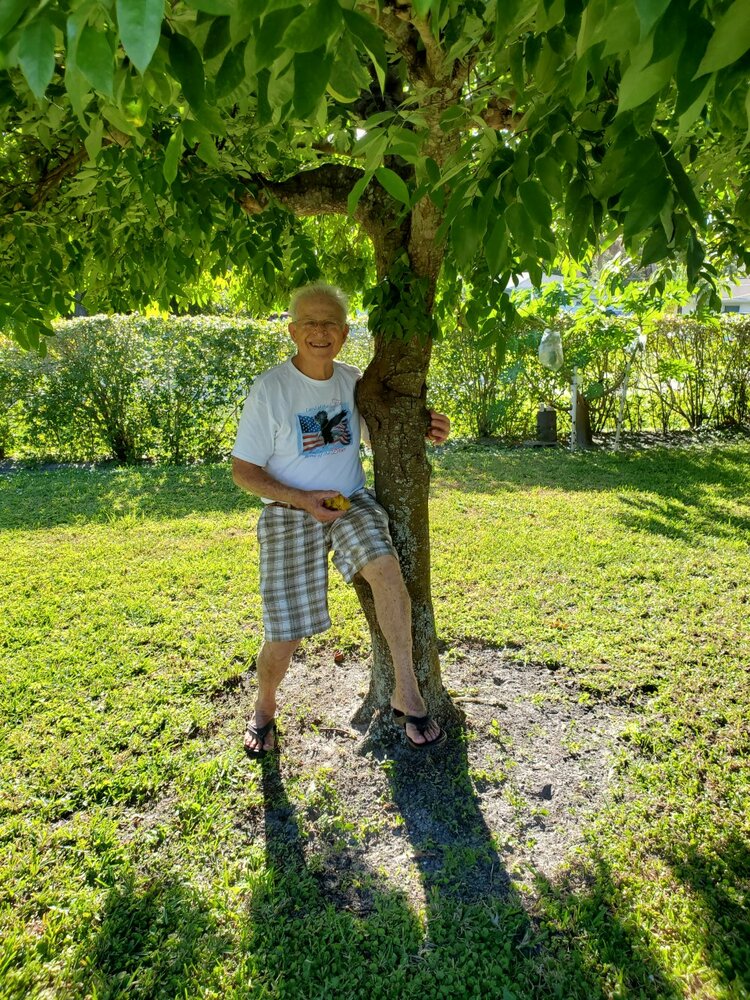 A Life Dedicated to Family and Service

Everyone who knew Al would say he was a family man, a loving husband to his wife, Mutsu and father to his children, Umberto, and Vivian. They’d also say he was a great storyteller, hard worker, one of the most giving, caring, and kindest human beings one would have ever known – made everyone feel like they were part of his own family, just a great guy.

His life experiences read as if written for the movies. As a little boy during WWII, he watched German and American war planes dog fight in the air while sitting in an olive tree where he’d happen to be while hiding food from Mussolini’s army. Coming to Pittsburgh as a young teenager not knowing English, he was placed in the 2nd grade and had to sit in a child’s school desk – obviously he didn’t fit. To make matters worse, the teachers couldn’t pronounce “Umberto”, so they changed his name to “Albert”.  He fought to get a desk that fit his size, stayed in 2nd grade, and accepted his new name because this was about becoming an American. It didn’t take long for Al to accelerate to the proper grade having quickly learned English. He joined the gymnastics team, learned to drive, and got a job delivering groceries - his earnings of which he gave to his parents.

On a whim at 18, he enlisted in the U.S. Coast Guard to learn a trade and see the world. After completing boot camp at Cape May NJ, his first assignment was an engine room of a buoy tender out of Governor’s Island where he began his lifelong career as a diesel engine mechanic and spent liberty wearing his sailor whites bar hopping in NYC with his buddies in the 50’s – his Coast Guard family.  Having mastered his new trade, his first transfer was to Palau in charge of keeping diesel generators running for loran stations throughout the South Pacific – also volunteering to repair generators for the local Palawan village for which they made Al an honorary member of their tribe. One of his best memories, being airdropped from a seaplane unable to land due to high seas onto a moving cutter to restart a transmitter on an unmanned atoll that was knocked out by a typhoon.  From Palau, Al was transferred to Japan where we met the love of his life, Mutsu. They got married at the U.S. Embassy in Tokyo and soon after transferred to Venice, Florida where his children were born – starting his new family.

He moved his family to Boston for his next assignment, the U.S.C.G.C. Eastwind responsible for keeping sea channels open throughout the North Atlantic and Artic Circle.  Next assignment, Honolulu.  To better support his family, Al worked a side job as a short-order cook at a popular Waikiki Beach hotel, where the locals made him their "cousin". From Hawaii, the family moved to San Francisco living on Treasure Island in the middle of the bay where Al was a member of the U.S. Strike Force cleaning up oil spills throughout the Pacific coast, Tropics and Artic, being awarded the Coast Guard Meritorious Unit Commendation. His final transfer was to Base Miami Beach where he was chief engineer on the U.S.C.G.C. Dauntless saving lives at sea and chasing drug runners throughout the Caribbean. He retired from the military in 1979 moving his family back to Venice where he built a home in the East Gate neighborhood.

Al continued to work, first keeping trucks running for Bayside Dairy Farms in Sarasota, then keeping all the garbage trucks running for the City of Venice. After retirement, he and Mutsu cruised the U.S. by van (with their dogs) and the world by sea. At home, he was passionate about his fruit trees and vegetable garden as well as his neighborhood, being known as the “Mayor of East Gate” – his neighborhood family. It was common to see him sharing stories, giving a helping hand, walking his dogs, climbing two-stories on a ladder to trim his oak trees - chainsaw strapped to his belt, and even power-washing his roof. Al having just turned 88 years old last month did this and more all the way through to the day before he peacefully and unexpectedly passed in his sleep in the early hours of Thursday, February 10th having his family with him at home and having said, “I love you and good night” the evening before.

In lieu of flowers, please make a donation to the Florida Poodle Rescue (Florida Poodle Rescue | Home - Recycled Love) in memory of Al. There will be a viewing at Farley Funeral Home on Thursday, Feb. 24th between 1:00 and 3:00 p.m. A graveside service with military honors will be held at Sarasota National Cemetery on Tuesday, March 1, 2022 at 10:30AM.  A message of condolence may be sent by visiting www.farleyfuneralhome.com.

To send flowers to the family or plant a tree in memory of Albert Veltri, please visit Tribute Store
Thursday
24
February

Share Your Memory of
Albert
Upload Your Memory View All Memories
Be the first to upload a memory!
Share A Memory
Send Flowers