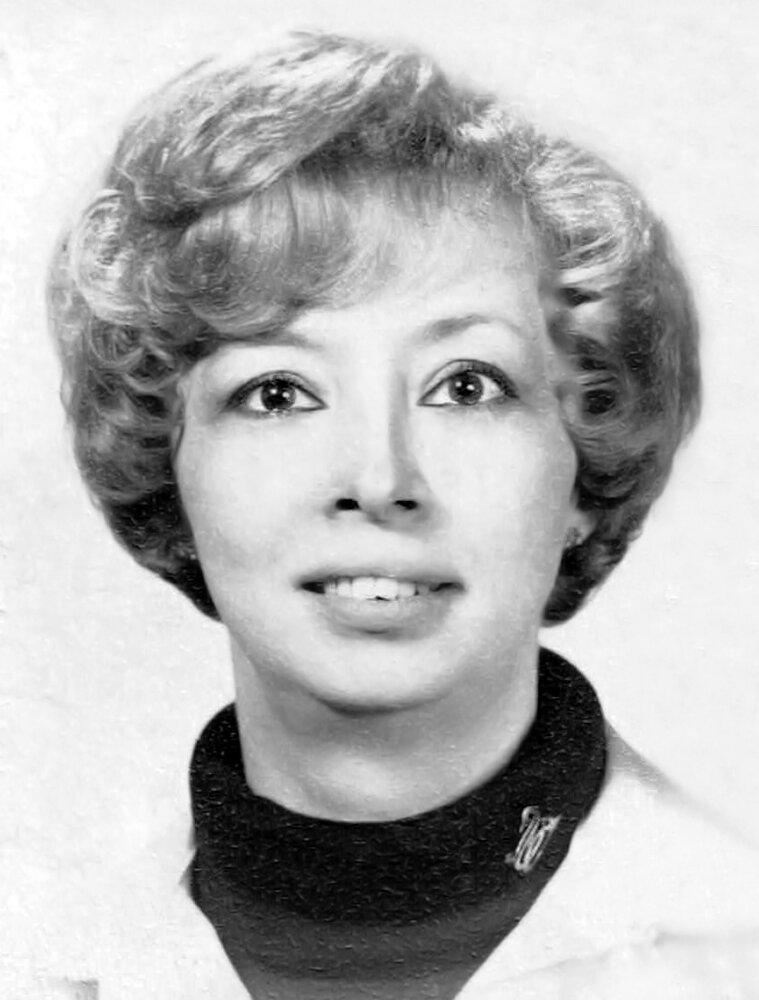 Waltraud “Wally” M. Somerville of North Port, Florida, passed away unexpectedly on Tuesday, February 1st, 2022, surrounded by her loved ones in her final moments.

Wally was born in Germany on March 4, 1942. She emigrated to the United States when she was 21, in 1963, and lived in Portchester, New York. She worked as a beautician at Lord and Taylor in Scarsdale, New York. There she met new friends in her new home, including her best friend, Ursula Schmeisser. They and her cousin Dori belonged to a German dance group and traveled together performing.

Wally was extremely proud of becoming a US Citizen in 1968 and had celebrated 50 years of being an American.

Wally met the love of her life, Robert Somerville, on a ski trip to Massachusetts. They were married on October 18, 1974. Robert & Wally lived in Waterbury, Connecticut for 27 years, then retired to North Port, Florida in 2007.

During their years in Connecticut, Wally and Robert had many friends through the Shriners, Kiwanis and other community organizations. Wally enjoyed spirited get-togethers with the ladies of the local Shrine, affectionately nicknamed “the Kitchen Cuties” of the Kaaben Club.

The Somerville’s welcomed their son Andrew in 1979. Wally loved being a mom. She devoted herself to being a full-time mother and homemaker throughout their son’s early and schoolyears.

A mother to all who entered her home, Wally’s passion was caring for others. She enjoyed cooking and baking, a self-taught, skilled chef in her home kitchen, and welcomed all with a hot, heartfelt meal. She loved entertaining, known for throwing festive holiday celebrations and dinner parties. Her favorite holiday was Christmas, and each year delighted in filling their home with Christmas cheer.

The Somerville’s took many trips as a family to the Lakes Region and White Mountains of New Hampshire to spend time with family and ski. Wally also loved to travel, both with her family and with friends. She cherished memories of their trips to Europe, throughout Germany, Austria, Italy and more, as well as Mexico and across the US to California.

After retiring to Florida, she and Robert enjoyed the friendship and camaraderie of newfound neighbors and local service organizations. Waltraud was a member of the Ladies Shrine affiliated with the Sahib Shrine of Sarasota, Florida and was also a member of the North Port Kiwanis Club.

Waltraud is predeceased by her parents, George and Barbara Wagner, and her brother, Pedro Wagner.

In lieu of flowers, Waltraud’s family is asking for donations to be made in her memory to the North Port Kiwanis Club Charities.

To send flowers to the family or plant a tree in memory of Waltraud Somerville, please visit Tribute Store
Monday
28
February

Share Your Memory of
Waltraud
Upload Your Memory View All Memories
Be the first to upload a memory!
Share A Memory
Send Flowers