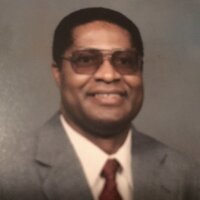 Maurice was born of humble parentage in Kingston, Jamaica on February 15, 1948. He migrated to Brooklyn, NY in June 1979, where he excelled in his business and academic pursuits. While acquiring the "American Dream", he was miraculously saved by the Lord Jesus Christ and found peace with God.

You too can find, Peace with God.

God hears the prayers of a repentant sinner and will forgive you of your sins. Our salvation is absolutely free to us, but infinitely costly to Him. Jesus Christ, gave His life for us, that's Amazing Grace.

"For all have sinned and fall short of the Glory of God." Romans 3:23

"But God shows His Love for us in that while we were still sinners Christ died for us." Romans 5:8

"Behold, I stand at the door and knock. If anyone hears my voice and opens the door, I will come in to him and dine with him, and he with me." Revelations 3:20