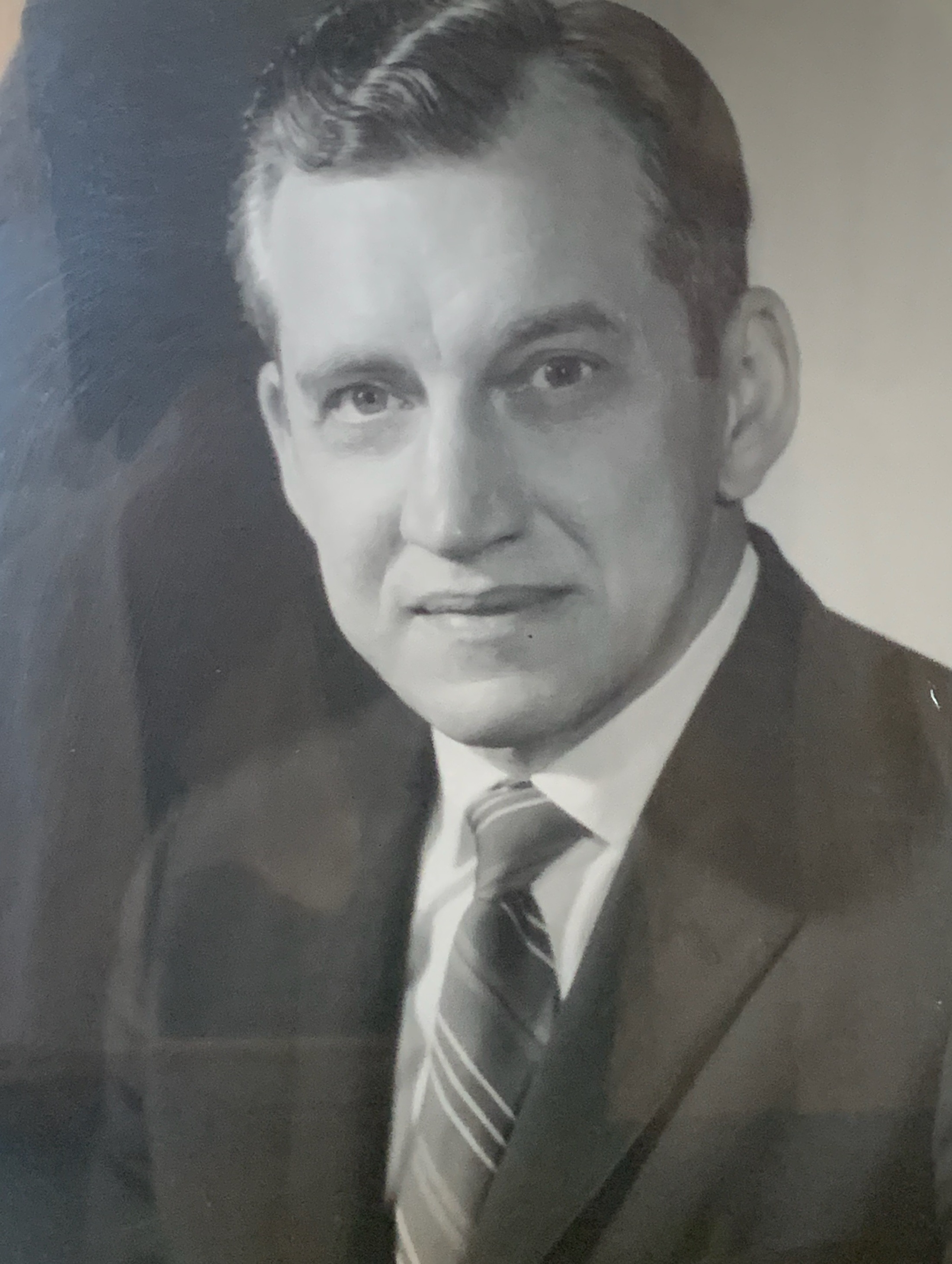 Our loving father, grandfather and great-grandfather, Theodore Anthony Bauer passed away at the age of 98 on July18, 2022 at his home in Osprey, FL. He was preceded in death by his wife of 60 years, Marie Kenny Bauer, his grandchildren Peter and Ellen Hassinger and his great-granddaughter, Juliana Murach. Ted was born on July 1,1924 in Newark, NJ, the third of four children and only son of August Joseph Bauer and Grace Marie Trabold.  He grew up during the Great Depression.   As a young adult, he volunteered for the Navy during WWII and began a program at Cornell University receiving his BS in Electrical Engineering in 3 years. Following Midshipman School, he became an Ensign, served on the USS Sarasota and was stationed in Pearl Harbor until the end of the war.  In 1956, Ted and Marie were married and had eight children in 10 years. Ted first worked at Prudential and then as a pension consultant for the General Electric Company until his retirement in 1992. Ted was active in the Catholic Church throughout his life. He served as an usher and eucharistic minister at his parish, St.Patrick Church located in Redding,CT where he lived for almost 30 years.  Ted was an avid gardener during that time and enjoyed tending to his large property.  His grandchildren will fondly remember the tractor rides he would give on his vintage, red Ford tractor.   After moving to Florida in 2003, Ted taught bible study at the Sarasota County Jail for 10 years as a volunteer and often commented how rewarding it was.  Ted was dedicated to saying the Rosary and reading the Bible and set a good example for his family.Ted will be greatly missed. He is survived by his son; Steven (Juliett) Bauer, and his seven daughters; Joan (Frank) Murach, Susan (William) Huyck, Catherine Hassinger, Maryann Barrett, Laura (Daniel) Wheeler, Linda Bauer, and Sharon (John) Bauckman, his 22 grandchildren: Kevin, Maria, Anthony and Emily Bauer, Christopher, Peter and Megan Murach, James Huyck and Sarah Bundschuh, Brian Hassinger, Joshua, Christian, and Gabriel Barrett, Aaron Lowe, Cheryl Clampitt, Tiffaney Bauer and Christina Owen, Jen Ceresa, Daniel, Matthew, Kate and Elizabeth Bauckman, and his 17 great-grand children, plus many nieces and nephews. A special thank you to his care givers for their loving care and dedication.